Ashburton's derelict Chinatown, once the largest communal Chinese settlement in the South Island, could be getting a new lease of life. 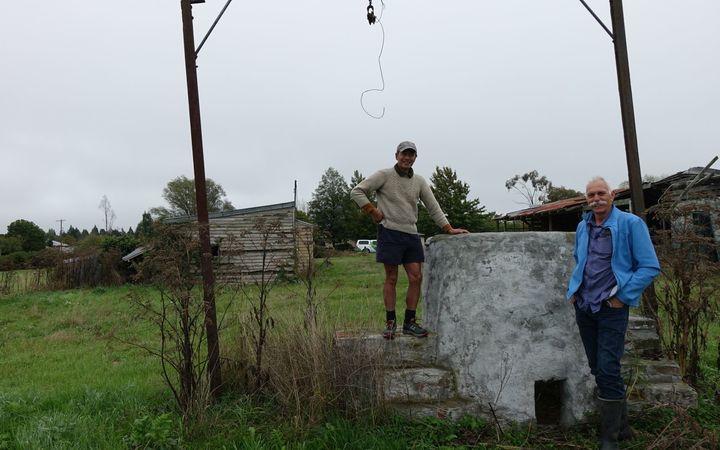 Yep Ng and Leem Braam at the pig pit oven at the site of the historical Chinatown on the outskirts of Ashburton. Photo: RNZ / Rachel Graham

The Chinese community in the South Canterbury town was established 100 years ago, when eight men emigrated from the Taishan district in China.

Over the years the site on the outskirts of Ashburton grew to become a thriving community of about 90 people, which included shops and a communal cooking area.

The buildings were now in a state of disrepair but the council and residents planned to change that.

Yep Ng's father was one of the original eight Chinese immigrants who came to the Ashburton site, along with his four brothers and three cousins.

He said by the 1950s the area included a fruit shop, commercial laundry, rice storerooms, market gardens, and a school room.

"This used to be a Chinese school. I was here for a short while, until one of our teachers moved, learning a bit of Chinese." 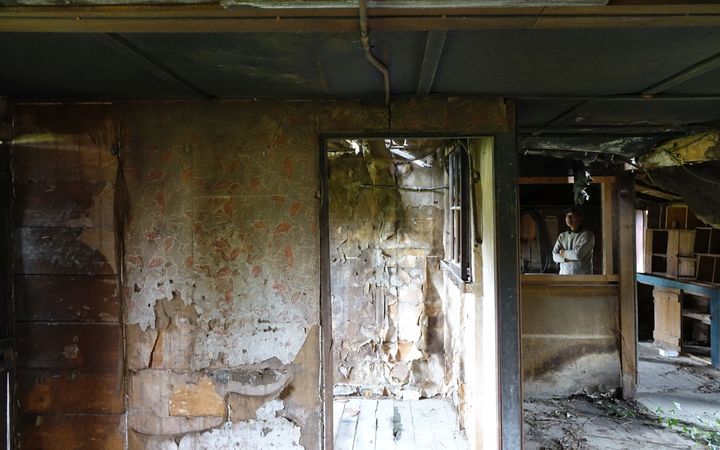 Yep Ng inside the building which housed a communal kitchen and office area at the old Chinese settlement. Photo: RNZ / Rachel Graham

Mr Ng said it was the largest communal Chinese settlement in the South Island.

"Every Sunday we had a community dinner. The money came from gambling money, and the winner had to put in some money for the dinner. That's how it works."

One of the best preserved elements of the site was a traditional pig pit oven which was brick lined and had a pulley system to lower a pig into it.

In 2014, the oven was restored and it was now the only functional Chinese pig pit oven in Australasia. 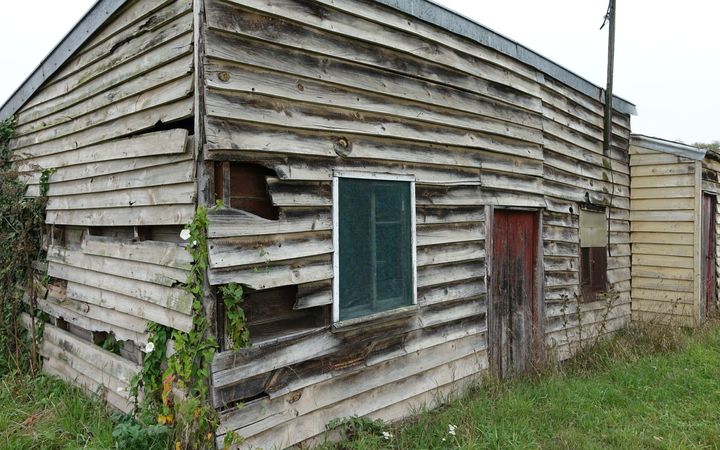 The Chinese settlement on the outskirts of Ashburton was home to around 90 people at its height in the 1950's. Photo: RNZ / Rachel Graham

Six years ago the surviving family members arranged for the site to be managed by the Ashburton Council to preserve its future.

Councillor Leen Braam said it was still developing plans for the site, but it had formed a working party to get the project going.

"My idea - it's only my idea, but I think the council thinks the same - is that it would be really nice as a park, with some of the buildings restored and maintained.

"I can see a square out here with Chinese elms and walkways coming out from it, connecting to the next sub-division. So it would be part of a bike and walk area through Ashburton."

Mr Braam said the council did not want to create anything too elaborate, because it would be expensive to maintain, but it did want to honour the important role Chinese immigrants had played in the area for the past century.