Families living next to a gravel quarry on the outskirts of Christchurch have to wear masks when they go outside because of toxic dust coming from it.

The massive quarry, on the western edge of the city, is providing gravel for the quake rebuild.

Testing has shown the dust from the Winstone Aggregates quarry on Old West Coast Road in Yaldhurst contains dangerous levels of crystalline silica.

The medical officer of health has advised the seven nearby households to wear masks.

The quarry was not a problem for residents until the demands of the rebuild led to it being expanded, and the number of truck movements increased dramatically.

Now their homes and yards are covered in dust which is at its worst on hot windy days.

Dennis Thomson said the tests they had carried out showed the dust was a long-term health risk.

"I was perturbed that this was a reason for why I have a respiratory problem that when I work outside cutting lawns, cutting hedges, I run out of breath and I feel totally lethargic. It astonishes me that there is so much of this material inside the house as well."

Things were so bad that his doctor was recommending he sold up and move away from the home he had lived in for 30 years, he said.

"He's told me something that I didn't want to know - that you've only got 10 years of good life ahead of you, why are you spending it here. As a New Zealander I'm just totally astonished that those who're supposed to look after us are doing absolutely nothing."

The quarry was allowed to expand after applying to the regional council, Environment Canterbury (ECan), for permission. 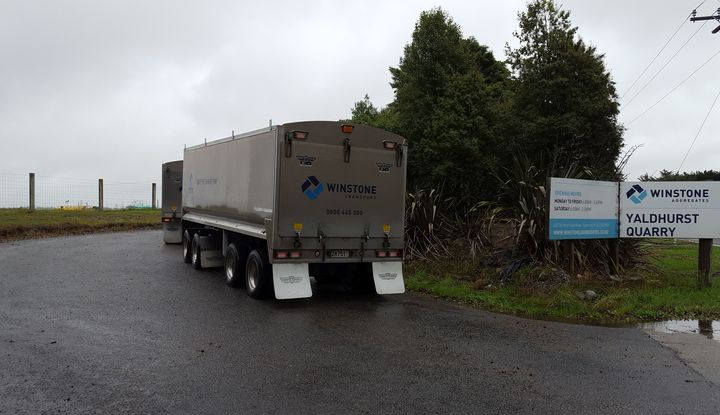 The massive quarry, on the western edge of the city, is providing gravel for the quake rebuild. Photo: RNZ / Conan Young

Another resident, Anna Youngman, said it was not acceptable for them to have to wear masks when they went outside.

"My other neighbour spoke to ECan and said, well, you supply the masks and she received an email back to say that's not possible, we can't pay for your masks. I mean ECan don't want to even get involved now."

A promise by ECan to step up its testing of dust levels was too little too late, she said.

"I've phoned the pollution hotline numerous times and been told to go inside, close the doors and ring the health department. I mean it's absolutely incredible, it wouldn't happen anywhere else. There's no accountability. If these people can't do heir jobs, [they should] resign." 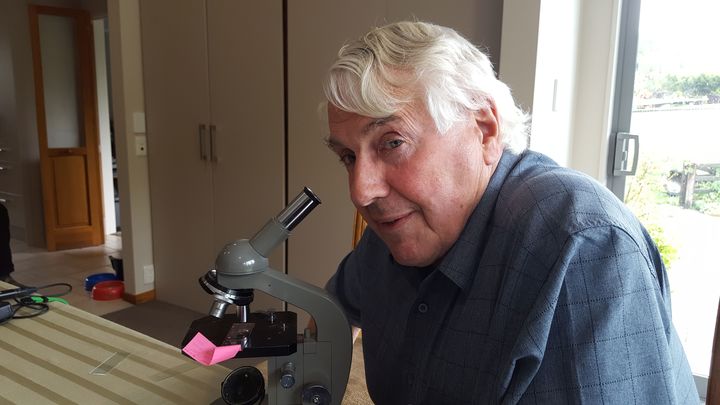 An environmental scientist helping the residents pro bono, Dr Kelvin Duncan, said samples taken around their properties showed the level of crystalline silica was up to 20 times higher than the allowable limit.

"I was horrified. I mean the location of the quarry is wrong, it should not be on the edge of a major road and butting up against residential properties."

The residents were being exposed to an unacceptable level of risk, he said.

Nobody from the quarry operator, Winstone, was available to be interviewed.

In a statement, it said it was considering improving dust management by changing truck movements, further sealing internal roading, and further enclosing its onsite processing plant.

It added it was not in breach of its resource consent.

In another statement, the regional council, ECan, said it was upping the number of tests it did at the quarry to two to three times a day.