Northland police are defending their handling of a youth crime spree in Kaikohe at the weekend.

Officers have made one arrest, after a gang of youngsters raided a liquor store on Friday night and a larger mob attacked the doors of the town's Mobil service station.

Residents said today that youth crime, including car theft and burglary, was out of control in mid-Northland and had been for some time.

"There's nothing we can do about it," he said.

"You can say, 'Hey, this is not good enough,' and they tell you to get stuffed. Six months ago we said we need more cops up here. We've had a couple of new ones come in but nothing's happening. What do we do with these youths? Who can help them? Parents can't. Police can't."

Police in the north were too stretched to cope, Mr Taylor said. 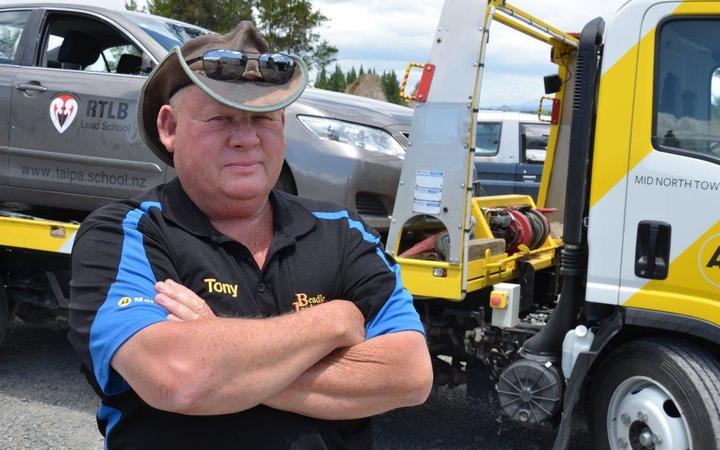 Kaikohe Shed liquor store employee Dipak Singh said it took just 16 seconds on Friday evening for a pack of young thieves in hoodies to burst into the shop and snatch boxes of Heineken from his display.

"This is the second time in three months," he said. "It's frightening."

Mr Singh said sales were down because thieves were also intimidating his customers.

"They stop our customers outside and ask them for the beer they bought from the shop, and try to steal it."

On Friday night, the youths got away with four boxes of beer which they carried off to an adult party, and later that night a mob of about 20 did their best to smash their way into the Ngāpuhi-owned Mobil service station.

Manager Paul Knight said it was the fifth time the service station had been hit in 18 months, and the third time the would-be burglars had failed to gain entry.

This time the glass security doors held and Mr Knight estimates the boys did less than $1000 worth of damage.

Inspector Al Symonds said there were 11 officers working across the mid-north on Friday night.

Police were expecting St Patrick's Day havoc in the busy bars of Paihia and Kerikeri, rather than in Kaikohe, so that was where they had put their resources, he said.

"Obviously we didn't expect what was happening in Kaikohe," he said.

"But to put it in context, at the Mobil event, we had an officer there within three minutes of the call and we have apprehended one. And it's a small town and we are confident we will find most if not all of them."

Kaikohe businessman Steve Sangster said that was the problem in a nutshell, with police reacting to crime instead of preventing it.

There were simply not enough officers in places like Kaikohe to act as a deterrent, and while the police station on the main street was highly visible, the officers were not, he said.

"Yesterday [Sunday] when I needed the police there was no one at the station.

"Surely in a town like Kaikohe the station should be manned at all times, within reason," he said.

But the principal of Northland College, where two boys involved in the weekend rampage are pupils, said corporal punishment would achieve nothing.

In recent times, a great deal of funding and resources had been poured into the town to try to help those at risk, he said.

"A lot of these kids have really tough lives and what they actually need is some care, and some understanding and lots of love," he said.

"I know people think you should be doing the opposite, but the reality is they are at a vulnerable age, and if they get the right support from the agencies, that's going to help them get on the right path, in the right way."

Both Alan Price and Tony Taylor said they knew police officers in the region were equally frustrated with the limitations on policing caused by under-staffing, combined with trying to operate across far-flung Northland towns.

The city model of high-tech mobile police units operating from patrol cars, and relying on fast back-up, simply did not work in rural Northland.

Al Symonds would not say how many extra officers he thought the region needed.

"If we have more staff we can do more," he said. "We have to concentrate on doing the best with what we do have."