There is a 15 percent likelihood of a magnitude 6.0 or higher earthquake striking New Zealand in the next month, GeoNet's latest earthquake forecast says. 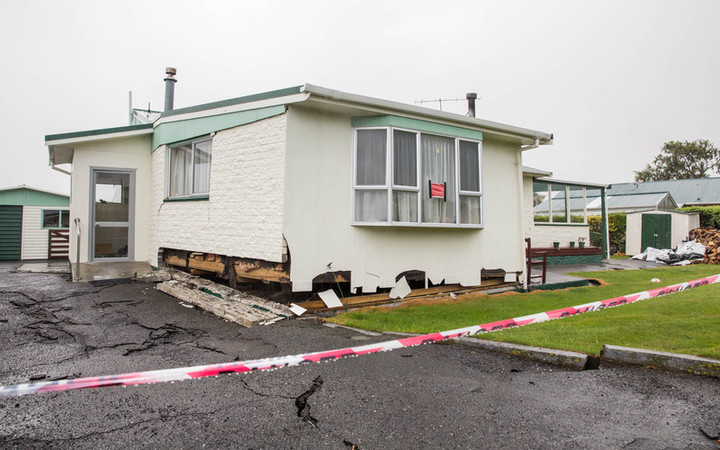 This Kaikōura house was damaged in the November quake. Photo: RNZ / Cole Eastham-Farrelly

That was a three percent decline from a month ago - but still five times more likely than normal.

GeoNet put the chance of a magnitude 6.0 or higher quake in the next 12 months at nearly 70 percent.

Since last year's Kaikōura earthquake, GeoNet has used probabilities-based data to provide monthly updates on the likelihood of a strong aftershock.

"But because we are quite close to a recent large earthquake, the likelihood of aftershocks is still larger than it used to be," she said.

"We are still within the heart of the aftershocks sequence, but the rates are decreasing."

There is still a one-in-10 chance of a magnitude 7.0 or stronger quake hitting in the next 12 months.