The rail link from the West Coast to Christchurch reopens today after a six-week shut down. 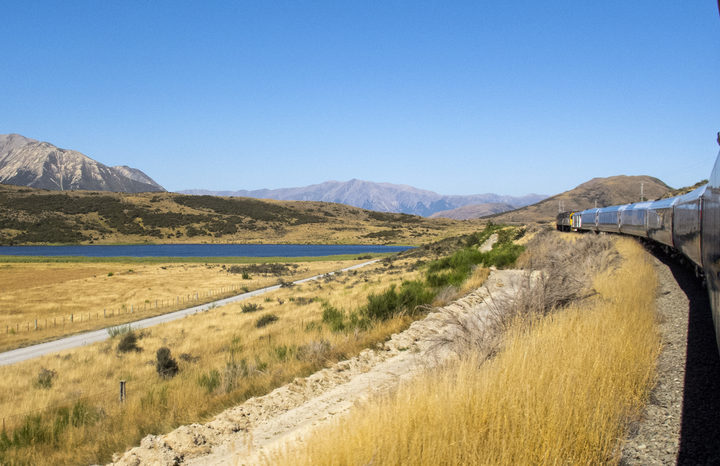 The Tranzalpine train was suspended due to fire damage in the Waimakariri Gorge District Photo: Wikimedia Commons

The line was blocked between Cass and Springfield after a fire on 4 February damaged tracks and signalling systems. One railway bridge needed 12 wooden piles to be replaced.

Coal has been trucked from Westland to Ikamatua, just on the West Coast side of the main divide, waiting to be taken by train. The stockpile has mounted to 15,000 tonnes.

"We will be looking to run a few more trains in weekends to try to accommodate some of that backlog of coal," Mr Moyle said.

Extra freight carried by truck during the rail closure had caused additional extra wear and tear on the roads, according to Development West Coast chief executive Chris Mackenzie.

"On a couple of the corners you are starting to get a slight deformation of the road with the additional truck movements.

"It highlights the state of the transport system in the top of the South Island."

The TranzAlpine passenger service will start up again on Wednesday.

Tourism West Coast executive Jim Little said despite the TranzAlpine problems, tourism to the West Coast had actually boomed, because travellers deprived of the Kaikōura route by the November earthquake had been driving down the West Coast instead.

The return of the TranzAlpine would help still further, he said.

KiwiRail figures show the rail link brings $15 million in tourism spending to the region each year.