Opinion - The Auckland housing market is slowing. House prices have dipped in recent months and sales have slowed to lows typical of recessions.

We may be in for a correction in house prices, but it won't last. Any slowdown in the property market will likely lead to a slump in house building - worsening the shortage of houses in Auckland. 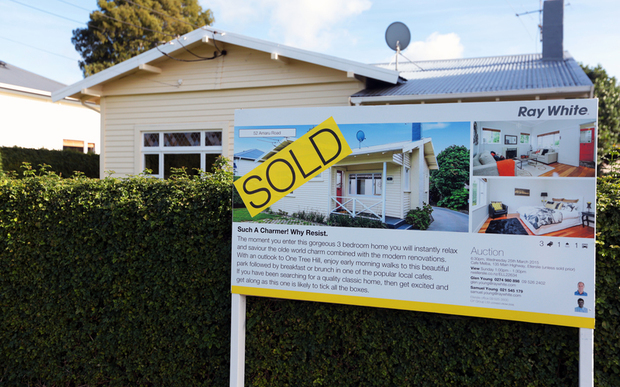 Auckland's housing crisis will not be fixed by the cycle. The problems are structural. Only a concerted and enduring political effort can be the solution. 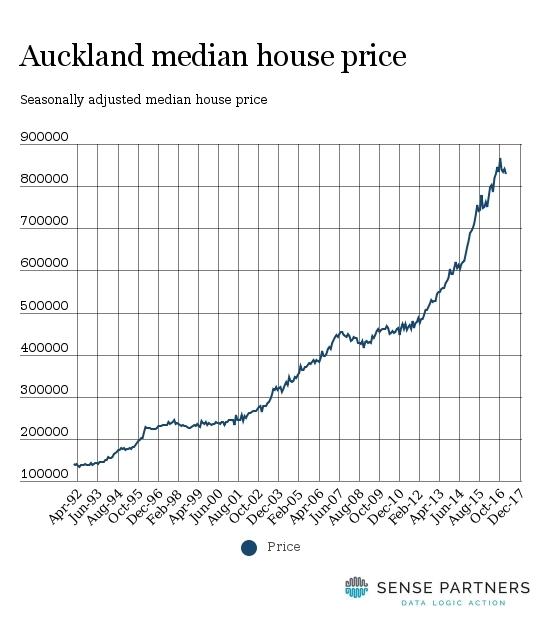 House prices have fallen a touch from their peak in October 2016, when normal seasonal variations are excluded. The level is still very high. Prices will have to fall a lot to restore some modicum of affordability, or stay at current levels for over 20 years for incomes to catch up.

One of the less noisy measures of the cycle in the housing market is how long it takes to sell a house. There can be a lot of noise here too, for example when houses are re-listed or not counted if they don't sell but the broader patterns are a good indication. 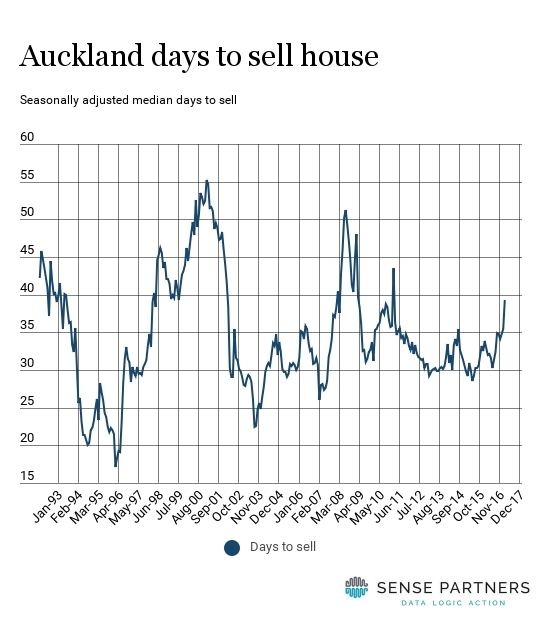 It's taking longer to sell for several reasons.

Potential buyers are probably unable to buy because prices are too high and borrowing is much harder.

Borrowing has become more difficult in recent months for a number of reasons. First, the RBNZ has restricted how much banks can lend in Auckland to investors and to borrowers with small deposits.

Banks are also being more cautious, because they are worried that the market is slowing, and they need money for regulatory capital and payments to their Australian parents.

The best measure of the market is how many houses are selling. Right now, that's not many. House sales have slowed sharply since April 2016.

House sales are probably the best leading indicator of the New Zealand economy, particularly for house prices and building construction. 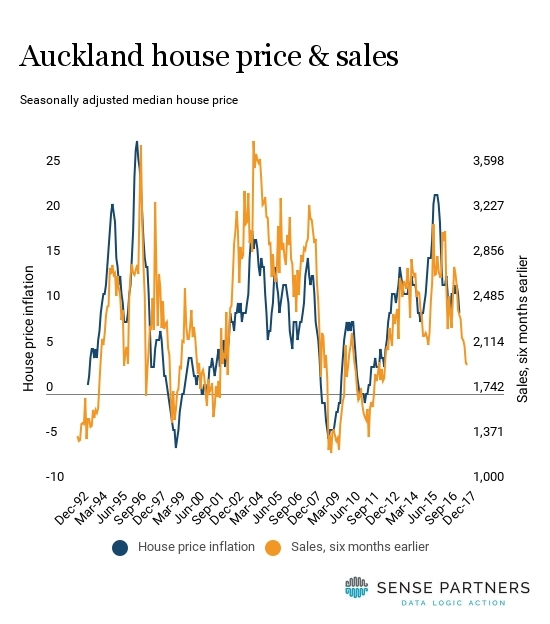 House price inflation follows what happened in house sales by about six months. The current pace of house sales suggest Auckland house prices will nudge up by perhaps 2 percent over 2017.

More worrying is that house sales are also a reliable leading indicator for building permits and house construction.

There are many issues in the housing market, but a critical one is a lack of supply. Falling house sales suggest house building will slump next year, before we have built enough houses.

Everything points to one sad conclusion. There will be a house building bust before we have even dealt with recent increase in population, let alone make up the sustained underbuilding in Auckland since the 1980s. Without enough houses, a lasting house price bust is very unlikely.

The Auckland housing market is slowing. There is undeniable evidence of fewer house sales that are taking longer.

Prices are also edging lower. But this is cyclical. A lasting adjustment in the housing market requires us to fix the underlying issues of not enough houses and many other policy problems.

* Shamubeel Eaqub is an economist and partner at Sense Partners, a boutique economic consultancy.