For Lucy* the Womad festival which kicks off in Taranaki tonight represents an opportunity to be treated as a regular member of society. 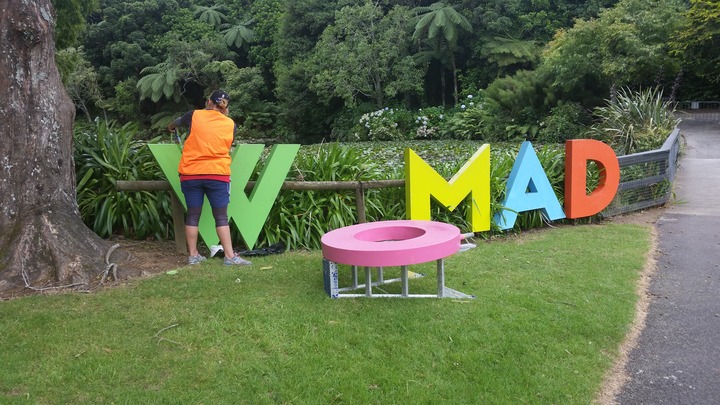 The New Plymouth woman won't be among the thousands of revellers enjoy music, art and food from around the globe over the weekend: she's already had her Womad.

Lucy is one of the more than 100 low-level criminals for whom the festival offers something quite different - the chance to work off their community-based sentences.

Clad in her hi-vis vest and safety boots Lucy is helping her community work detail pack down after a busy day on the Womad festival site.

She's among 115 offenders from New Plymouth and Stratford who have worked on Womad's set up since 8 March, under the guidance of their supervisors and event management.

Unloading containers, setting up fencing and staging, putting-up glamping tents and recycling stations are just some of the jobs they've been doing at the Bowl of Brooklands site. 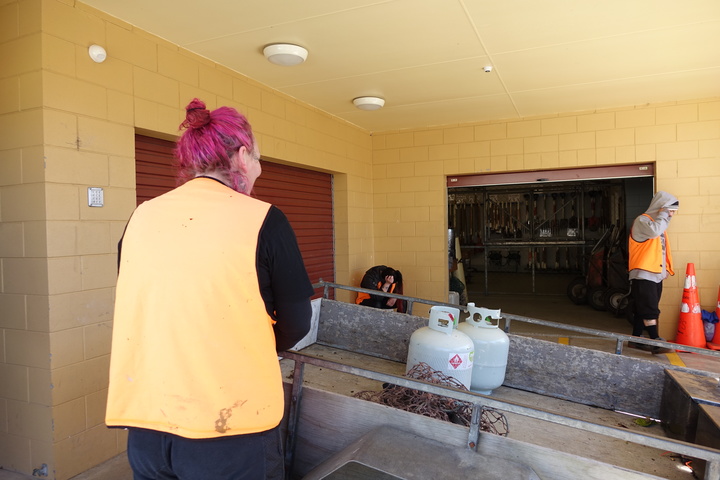 One volunteer said at Womad she felt like a regular volunteer, not a criminal, which was great. Photo: RNZ / Robin Martin

Lucy is working off a 100 hour community service sentence, of which she has "only 91 hours to go".

She said the Womad job was one of the best things she had ever done - full stop.

"You feel like a volunteer just like the other workers. It's really good. Yeah nah, heaps better than being a criminal.

"It's all good, especially because they appreciate it. It makes you feel like you're doing something, definitely."

Although Lucy would not be able to attend the festival, she hoped working at the event could lead to a regular job in the future.

"It could, it definitely could. Volunteering ... and if you don't get to go to Womad just seeing it set up is enough. It's pretty good."

Another offender, Bruce*, said it certainly beat the community work that was normally on offer.

"Womad's fantastic. Yup, it's a good place to work and you're doing something so people can enjoy themselves at the weekend.

"It's certainly a lot more rewarding than, say, cutting gorse that's going to grow back anyway so, yeah, way better." 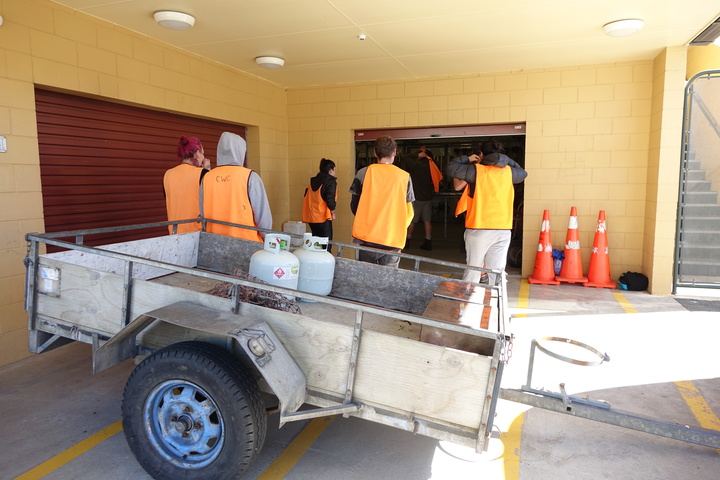 The community work detail completes its pack down after a busy day on the Womad site. Photo: RNZ / Robin Martin

New Plymouth community work supervisor Mike Meagher and his charges have helped set up Womad for about six years.

Mr Meagher said it was different, more enjoyable, than other work they did because the offenders felt like they were putting something back into the community.

And that was not all that could come out of it.

"There's also employment opportunities for our offenders up there.

"If they're looking good the site manager will pick out the ones that he fancies and will offer them employment during the Womad festival which leads on to work at other entertainment venues that he handles around the district." 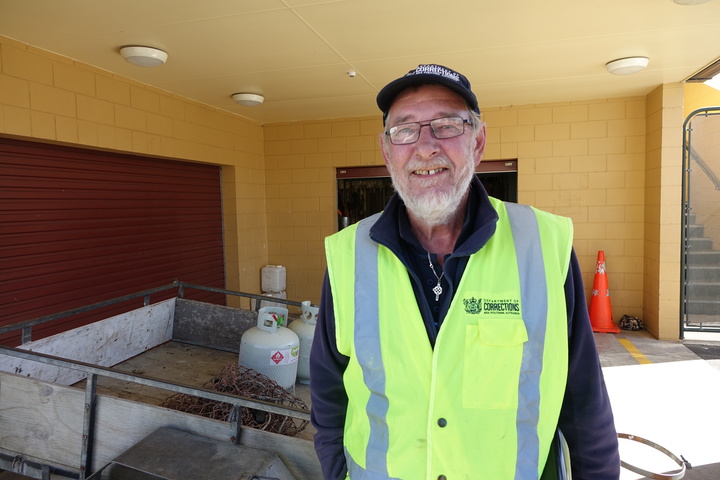 Ms Porter said the site set-up was very labour intensive and the arrangement with Corrections was a natural fit.

"It was a way of involving a group that has labour who are looking for something meaningful to do and it's mutually beneficial.

"They get to work on something that brings huge positivity and benefit to the community and they provide us with labour."

Ms Porter said the tie in with Corrections was similar in nature to the free events Womad put on at school and in the community during the run up to the festival.

"So these are all just ways of Womad giving something back out into the community.

"We are not just a commercial operator who takes the money and runs. It is about making this place a better place to live and this is just a part of that."

Womad kicks off tonight, when British Ska legends The Specials are the headline act, and runs through until Sunday.

The community work detail, meanwhile, will be putting their feet up and resting up for the festival pack-down next week.

*To protect their identities Lucy and Bruce are not the offenders real names.