Ambulance services have reported more serious mistakes since 2015 than in the the previous seven years combined. 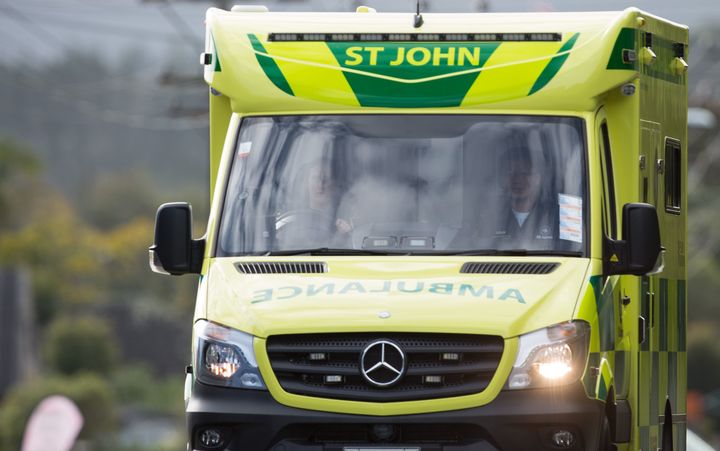 The adverse events included a heart attack victim who died after a tube to help them breathe was inserted into their neck tissue rather than their windpipe.

Figures released to RNZ under the Official Information Act show that between 2008 - when reporting first started - and 2014, there were 91 adverse events recorded in total.

Of those 67 events, 21 involved people who subsequently died, either at the scene or later in hospital.

The Health Ministry, which collects the information from St John and Wellington Free Ambulance, also released details about each of the adverse events reported in 2016.

About 60 percent of the events reported related to emergency call centres, with common mistakes including incorrectly prioritising calls or not sending the closest ambulance.

St John and Wellington Free Ambulance both put the increase down to an increase in reporting, rather than a real increase in mistakes.

Any injury or loss of life may have happened anyway, they said.

The mistakes made up a small proportion of ambulance call-outs, with 1.4 serious events per 10,000 emergency ambulance incidents.

St John director of clinical operations Norma Lane told Morning Report in previous years there were no robust systems in place to collect and analyse data about incidents.

"They may have been recorded but if you don't have a national system to actually gather all of them, and all near misses, then you don't identify that trend and then put something in place."

Between 2008 and 2014 it received 4 million emergency calls and serious mistakes made up just 0.005 percent of this number, she said.

The number of mistakes was comparable with other emergency services, and Ms Lane said the service was hopeful the government would agree to its request for more money needed to improve operations.

First Union co-ordinator for ambulance workers Lynette Blacklaws said while the rise could partially be to do with better reporting, inadequate resourcing was the biggest issue.

"It shouldn't be happening and I think it will just continue to get worse if it's not addressed. You'll see those numbers go up for sure unless something changes," she said.

Ms Blacklaws told Morning Report staff were under immense pressure because of the number of incidents they were dealing with.

"What we have highlighted in the past is that with the under-resourcing, most days, especially in the metropolitan areas, the ambulance officers aren't getting their breaks.

"It's is my opinion that ... the paramedic was fatigued at the time and mistakes are going to happen."

St John has previously told the government that from 2018, it will not send out single-crewed ambulances.

In a 2015 letter to ACC and the Health Ministry, chief executive Peter Bradley said: "In my view it is not an ambulance when it is single-crewed, and therefore unsafe."

Both St John and Wellington Free Ambulance rely heavily on public donations and volunteers, with only 70 percent of funding coming from the government.

The services have requested extra funding from the government, which has not said whether an increase is on the cards.

Mistake victim not surprised by numbers

Vicki Thompson said she knows what it was like when a mistake occurred.

She was dropped on her head by ambulance staff and she said it has almost ruined her life.

In 2015, Ms Thompson fainted and was taken in a stretcher to hospital where she was dropped headfirst onto concrete.

She said the fall injured her back, and she still suffered from the pain.

"The pain is pretty unbearable it has impacted on my life greatly.

"I'm not so much surprised [by the ambulance mistakes], maybe disgusted would be the better word.

"At the end of the day they provide a service, so if they can't provide that service then they should stand up and say 'hey look we need ... more qualified people to help us'."