Police say they were shot at during a car chase in south Auckland this afternoon, following a robbery at a dairy. 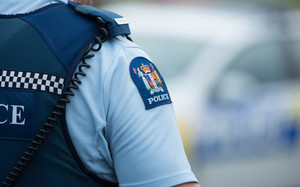 They said three men walked into the shop in Mangere about 2pm, and ran off into a waiting car with the till.

Inspector Dave Glossop said officers spotted the getaway car in Manurewa, but the chase was "abandoned after a shot was fired" at a patrol car.

The Eagle Helicopter found the car, and three men, aged 21, 26 and 29, have been arrested.

Mr Glossop said the officer in the car that was shot at was shaken but not injured.

Four staff were in the dairy, as well as customers including children.

"The victims are obviously shaken by what has occurred and are being supported by victim support and police," he said.

"This was a very serious incident and we are relieved that no one was injured."