A Counties Manukau police sergeant's use of a taser on a mentally unwell man while he was held down was "excessive and unjustified", the Independent Police Conduct Authority (IPCA) has found. 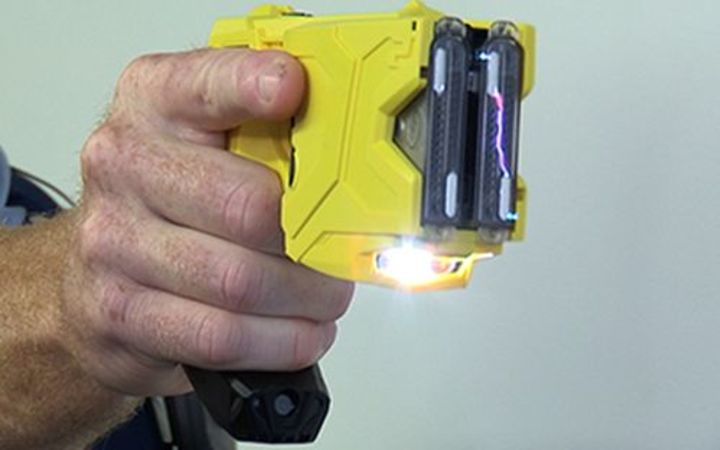 The IPCA said the tasering of the man while he was in a small cubicle at the Counties Manukau Police station was contrary to policy, which said that a taser must only be used on a person who is assaultive.

Police were called to a South Auckland address on 27 April 2016 after a 111 call said that a man was holding a large kitchen knife and threatening to commit suicide.

The man's family told them that he had been cutting himself earlier in the day with a small pocket-knife and it was possible that he still had this knife.

The man was arrested for possessing an offensive weapon and taken to the police station.

At the station, he refused to be strip-searched and was in a tear-resistant gown, so police attempted to cut his clothes off him.

During this attempt, a sergeant entered the cubicle and used his taser twice on the man while he was being held down by two officers and had his back turned to the sergeant.

IPCA chair Judge Sir David Carruthers said the man's behaviour had not met the threshold needed for use of a taser.

"There were other, less violent, options available to the officers. They could have continued communicating with the man or have asked the officers who were outside the cubicle for assistance," Sir David said.

Acting Superintendent Tracy Phillips said Counties Manukau police accepted the incident could have been handled differently for a better result.

"Our officers find themselves in difficult situations on a daily basis and have to make hard decisions with the information available to them at that time.

"We completely accept the IPCA's findings and will be taking this as a learning opportunity."