The Electricity Authority is being accused of using flawed data in its reforms for paying for the $918 million national grid costs. 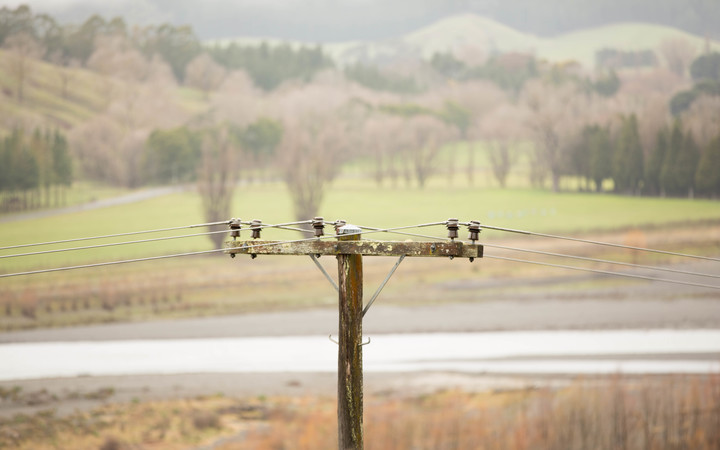 That is the price people must pay to run the 12,000km of wiring that make up the national electricity grid.

The accusation of dodgy data comes as a five-year process to reform grid financing nears it conclusion.

The allegation came from one of New Zealand electricity's big five, Trustpower.

It said Australian consultants hired by the Electricity Authority for cost-benefit analysis of the reforms made some elementary errors.

These included thinking that projects under consideration for Rodney and Hawke's Bay were in the South Island and that Stockton Mine was in the North Island.

Peter Calderwood, who heads strategy and growth for Trustpower, also accused the consultants of making errors in detailed and technical financial calculations.

"It does put into question the robustness around all of the modelling that the electricity authority has done," Mr Calderwood said.

"We continue to be more concerned the more we see about the lack of rigour of some of the processes that are being carried out."

Mr Calderwood also objected to getting access to this analysis just 24 hours before submissions on the authority reforms were due to close.

He said the information could have been drawn on to make those submissions better if it had been supplied earlier.

His objections were shared by the upper North Island lines company Counties Power, which is based in Pukekohe.

Its chief executive Sheridan Broadbent said her firm complained in February that the reforms' financial impact calculated for her company was 33 percent out.

"At this stage we've pretty much lost confidence," she said.

"The Authority's process is deeply flawed, and from what we understand their cost benefit analysis is potentially riddled with errors. What we need now is an independent review before we go any further."

But Carl Hansen of the Electricity Authority denied that errors of geography compromised the quality of the consultants' financial analysis.

"I don't agree that it undermines the whole process," he said.

"The benefit of consultation is to get the view of other stakeholders and to hear from them about any issues they have about the way the calculations have been done.

"What matters is the assessment of the costs and benefits and if there are any matters that we need to review, then we will do so."

Carl Hansen also rejected any suggestion that the information in the Australian consultants' report was provided to submitters too late to make a difference, saying the application for the information arrived late in the piece.

Both Trustpower and Counties Power have opposed the thrust of the Electricity Authority reforms anyway, but said that did not undermine their basic argument, that the authority's processes needed further review.

The authority wants to change the way the grid is paid for, so that those who have benefited from heavy grid investment - such as upper North Islanders - will pay more than they used to.

A final batch of responses to that proposal is due for publication later today.