Two men armed with a hammer and a knife - one wearing a shark onesie - have robbed a Canterbury petrol station. 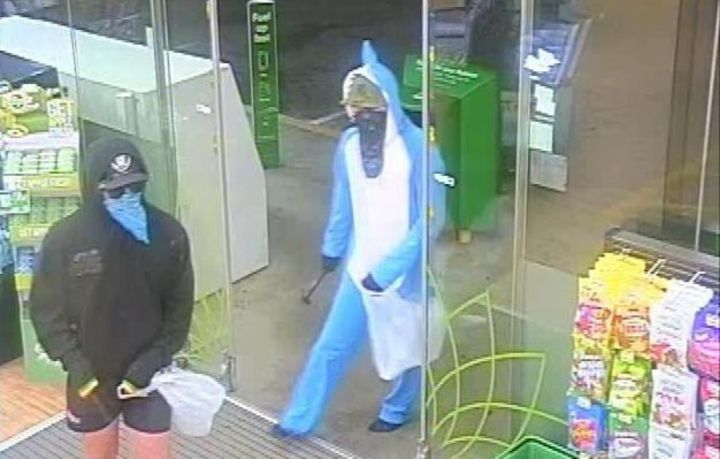 Police said the men smashed a glass shelf at the BP in Rolleston and made off with an unknown amount of sweets.

Both masked their faces during the robbery, just after 2am today.

One was wearing a blue and white shark onesie, a grey cap, black gloves and socks, and had a dark blue bandana covering his face.

The other was wearing a black hooded sweatshirt, black rugby shorts, a black baseball cap, sunglasses and a blue bandana around his face. 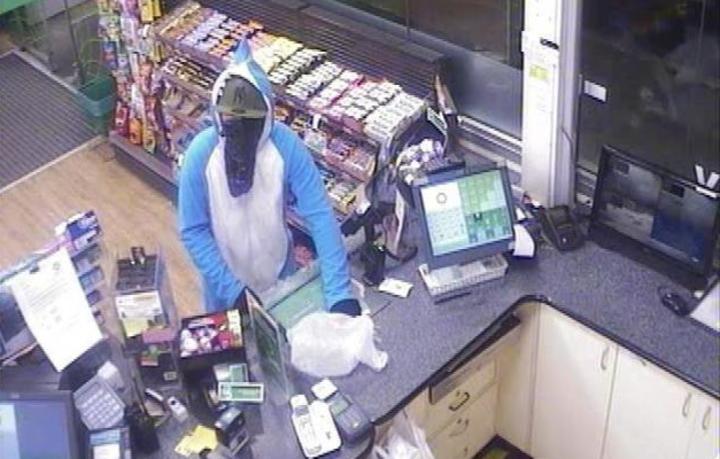 One man disguised himself in a shark onesie. Photo: Supplied / NZ Police

Two attendants were in the station and are being offered help from victim support. One took refuge in a staff room where a colleague was having their break.

Following the incident, police searched in the area but failed to locate the men. They're asking for anyone with information to contact Christchurch Police or call Crimestoppers. 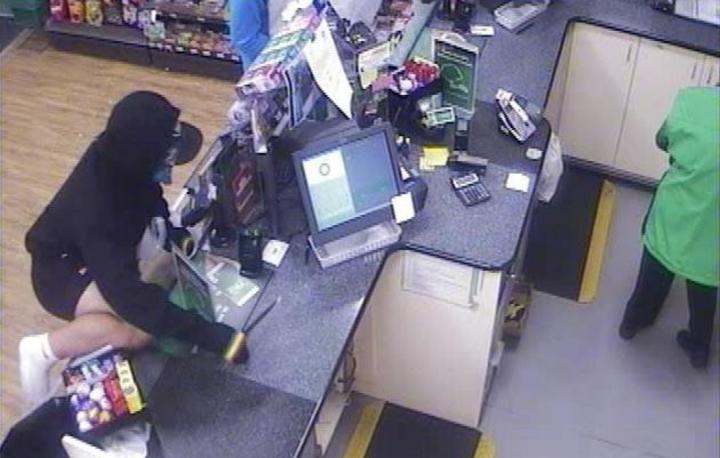 Police released images of the robbery and are appealing for information. Photo: Supplied / NZ Police