Auckland's accommodation sector is vowing to fight a proposed targeted rate that would leave it to pick up the bill for attracting visitors and spending on major events. 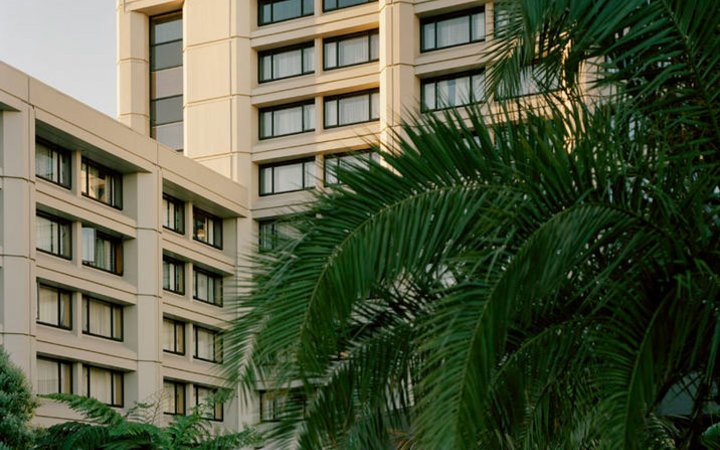 Auckland hotels, motels and backpackers would pay a targeted rate under the council's proposal. Photo: The Langham, Auckland / CC BY-SA 3.0

At present the city's ratepayers pay nearly $28 million a year for tourist promotion and infrastructure - about 90c a week per ratepayer.

The proposal in the council's annual budget would shift that cost to the owners of 300 hotels, motels and backpackers, based on their capital value.

Troy Clarry and his wife, who run the Whangaparaoa Lodge Motel about 40 minutes north of the hustle and bustle of Auckland's CBD, said it simply was not fair for the cost to be shifted from all ratepayers to 300 businesses.

The proposed targeted rate would see their rates bill increase from $13,700 to nearly $40,000, Mr Clarry said.

"The whole thing with this rate is it is not based on business levels - in winter we may have a day where we are only letting one or two rooms but we would still have to pay the flat fee.

"If it's related to business like a bed tax would be, then we would be paying a proportionate amount," he said.

The council's proposal said if accommodation providers chose to pass on the cost of the targeted rate it would result in a 3.9 percent increase, or about $5.80 a night.

Auckland Mayor Phil Goff said the proposal would spare homeowners a rates increase of up to 2 percent.

"Most of the hotels will be able to pass on the cost of that surcharge on to the visitor - it's a common way of collecting some return from the visitors for the cost of infrastructure needed by those visitors and the cost of marketing the city."

But Mr Clarry said he did not believe the market would allow it, and a $26,000 increase in his lodge's annual rates would slash his profit.

No way to pass cost on - Tourism Industry Aotearoa

Tourism Industry Aotearoa chief executive Chris Roberts said some central city hotels would have a rate increase of more than 200 percent and smaller providers could lose their entire annual profit.

He said operators were "incredibly alarmed".

"I've never seen the sector this agitated and angry over any other issue".

The industry was determined to fight the proposal, he said. It could have a serious impact on existing businesses and discourage anyone from building new hotels or other forms of accommodation.

"We know it's unfair and we hope that the councillors will vote down this proposal because it's simply a very bad idea for Auckland.

Mr Roberts said the accommodation sector was an easy target, but the levy had been designed on the basis of bad information.

"There is a mistaken belief that all visitors that come to Auckland stay in commercial accommodation, which is simply not the case."

Mr Roberts said the increase in cost could not be passed on to the customer any more than an electricity bill or existing rates could be.

"The Commerce Commission has told us that hotel and other accommodation providers must not discuss whether or not they put the targeted rate onto the guests' bill because that could be in breach of the Commerce Act."

Hotel company Millennium-Copthorne, meanwhile, questioned why it should fund major events to attract visitors to Auckland if it only received a fraction of the tourism spend.

Its general manager, B K Chui, said his company's rates bill would go from about $1m to nearly $2.5m under the proposal.

He said that would make it think twice before investing or expanding within Auckland.

It was not an equitable way of taxing hotels, Mr Chui said.

"We only account for 10 percent of the benefits that come from visitors, the other 90 percent goes to a variety of sectors in the economy, so that's the main thing, it's not fair."