Dozens of people blocked the entrance to the Government Communications Security Bureau (GCSB) in Wellington today and spilt their blood on the ground to protest against drone assassinations. 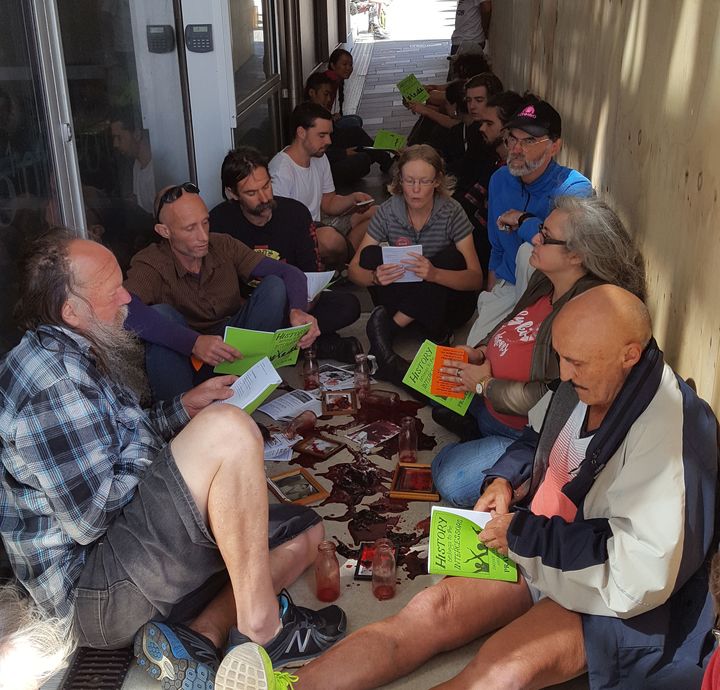 Protesters spilled their own blood on the ground outside the GCSB headquarters in Wellington. Photo: Benedict Collins

They said New Zealand was involved, with the GCSB providing intelligence to the United States through the Five Eyes spy network, allowing it to carry out drone attacks in Muslim countries.

The US has conducted thousands of drone attacks across the Middle East aimed at enemy combatants.

A spokesperson for Drone Assassination Awareness Week, Forest Chambers, said the group was praying for the victims of the drone strikes and for the staff of the GCSB.

"A number of the group have taken their own blood and have poured it out in front of the GCSB. These people are saying if you're to take lives, don't take innocent lives overseas, take our lives instead."

In a statement, the group said a 'propitiatory' offering of blood has been made to the GCSB.

The activists were sacrificing something in order to stop something else being taken, the group said.

The protest was to remember "all the victims of drone assassination, war, rendition, torture, and whistle-blowers and peacemakers everywhere", they said.

Last year, the United States government estimated it had killed up to 116 innocent civilians in drone strikes - but that figure was disputed by human rights groups. 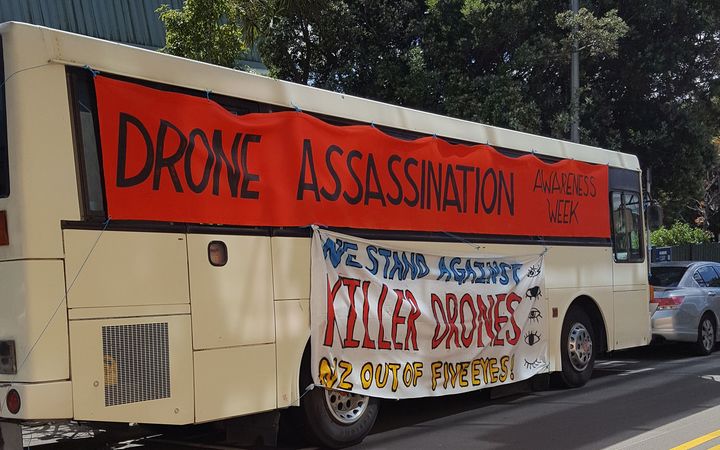