Two teenagers have avoided convictions after they were caught taking items from a train trapped between landslides after the Kaikōura earthquake. 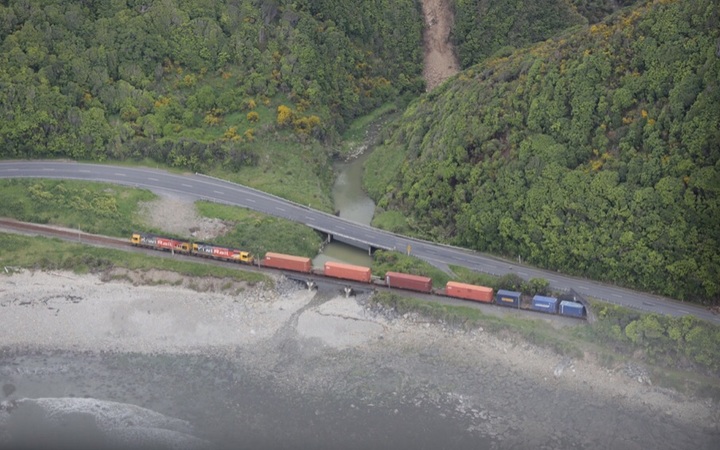 One of the trains that became trapped by earthquake-triggered landslips. Photo: RNZ / Rebekah Parsons-King

Angus Clarence Garrett, 18, and Ricky Clark, 29, were took the items two days after the train became stuck in November.

Both were discharged without conviction.

Mr Garrett's lawyer, Rennie Gould, said her client grabbed items from the stranded train, which carried supermarket goods, while trying to walk home from Kaikōura to his family in Clarence.

They were charged with theft after they tried taking the goods back to the train, which police were monitoring.

She said the low-level offending passed the threshold for a discharge without conviction.