Police have laid charges against a US man after two people died in a crash in the South Island's Tasman district on Monday. 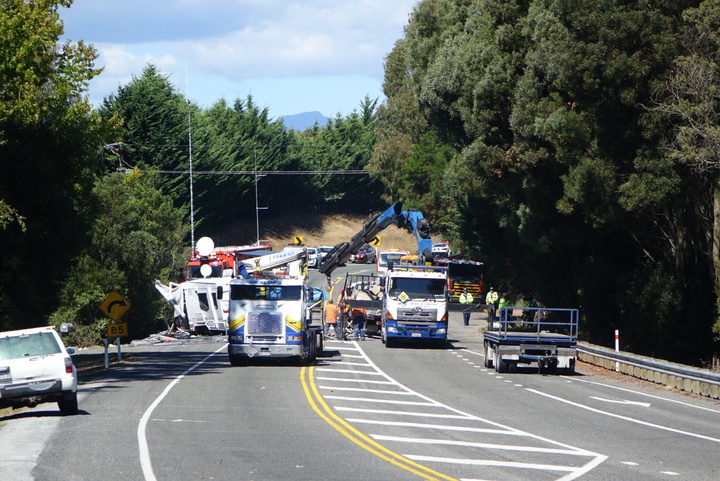 The crash occurred between Richmond and Mapua on the Coastal Highway. Photo: RNZ / Tracy Neal

Stephen Anthony Jayes, 41, has been named as one of the victims and police said no other information is available at this time on the identity of the second deceased.

The Nelson man was in a truck carrying scaffolding and died at the scene.

Four other people were seriously injured in the crash on the Coastal Highway in Redwood Valley west of Nelson.

The crash involved a light truck, a four-wheel drive vehicle towing a caravan and a rental car.