An injured Canadian caver who fell while inside the massive Harwoods Hole on Takaka Hill yesterday, was in good spirits when she was hauled out late last night. 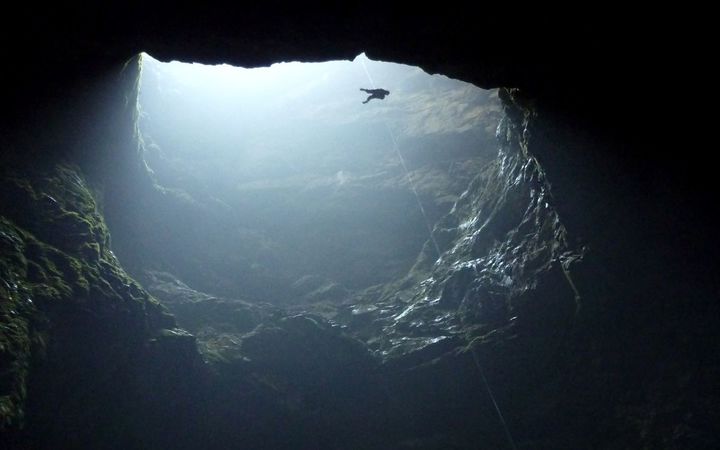 Harwoods Hole, which is more than 170m deep, is one of the largest sinkholes in the southern hemisphere (file). Photo: DoC

The 25-year-old woman is being treated for injuries to her back, leg and arm in Nelson Hospital, where she was flown by rescue helicopter about 10 hours after the accident.

She was part of a group of six thrill-seekers and slipped about 50m then fell 10m while abseiling near the bottom of the 170-metre deep hole.

The shaft, on Takaka Hill in Abel Tasman National Park, is one of the southern hemisphere's largest sinkholes. 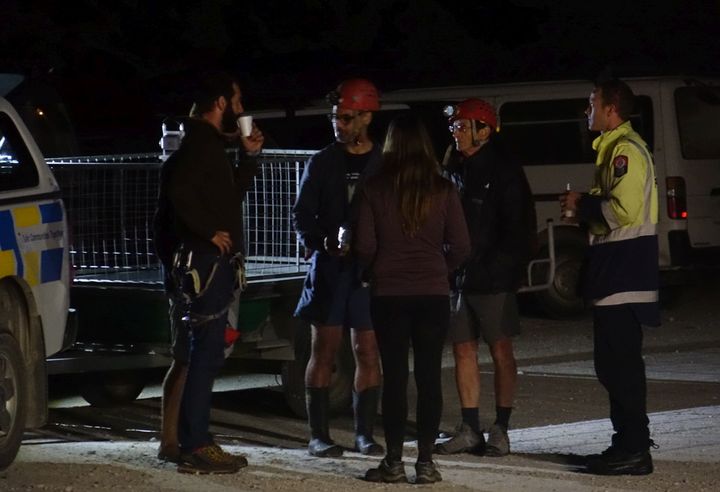 Rescue and emergency officials speak with some of the caving party at about 10pm last night. Photo: RNZ / Tracy Neal

Skilled cavers assisted a doctor to abseil down the sinkhole, and then about 20 people pulled the woman up on a stretcher, emerging about 8pm.

Police said the rescue party and the woman's fellow cavers walked the three hours from the bottom of the hole out to the rescue base.

Acting senior sergeant Brett Currie from the Nelson police said it was a very successful rescue. 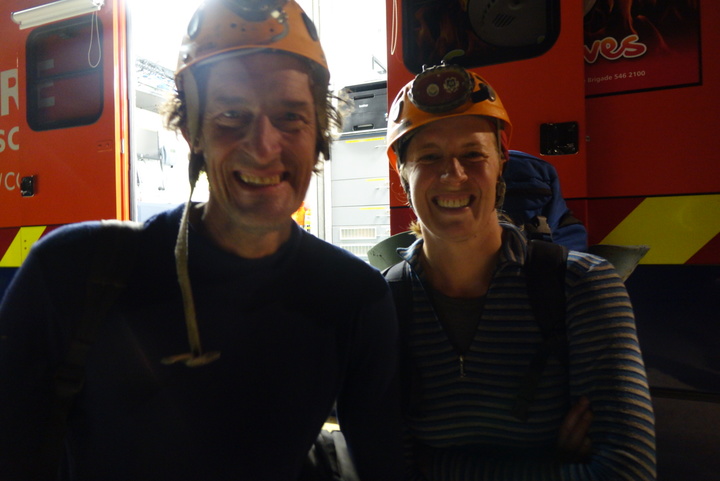 "It took about an hour once the stretcher started moving to get her back to the surface," he said.

Pip Rees was another caver who helped.

"It was actually pretty simple because it is just one big deep hole to haul out of as opposed to a rescue in a multi-pitched cave," she said.

She said the women was in much better condition than they thought she would be after the fall.

"When she came out she was talking to us and seemed in relatively good spirits, so that's really awesome." 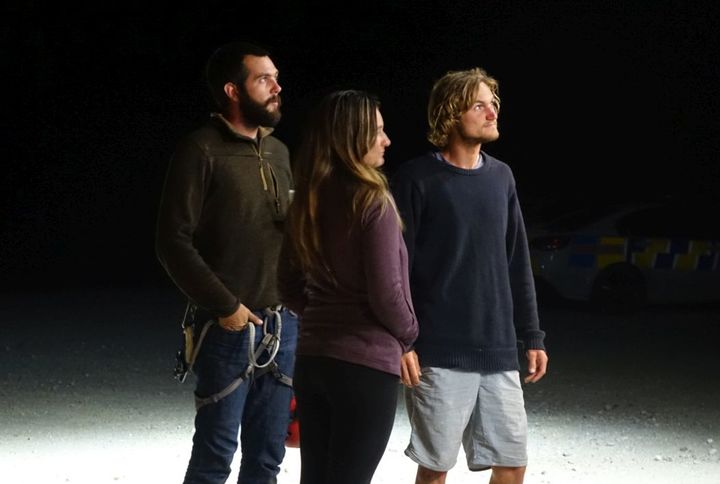 Members of the caving party prepare for a debrief with police. Photo: RNZ / Tracy Neal