A bitter industrial dispute between junior doctors and their employers cost at least $5 million. 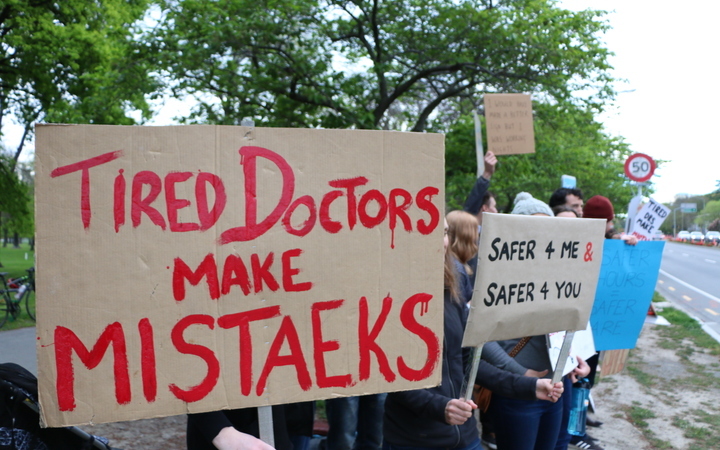 District health boards ratified a deal between negotiating teams in the dispute last Thursday and the approval of the doctors is expected within weeks.

Information provided to RNZ under the Official Information Act shows the cost of the most recent, 73-hour strike in January was $3.4m, across 12 of the 18 DHBs affected. Six DHBs were unable to supply total costs within the required timeframe.

The costs - for providing cover by senior doctors - were on top of $1.5m in costs incurred during an earlier two-day strike last October.

DHBs say the length of the strike in January and leave configurations that month were behind the higher cost.

The DHBs did not provide the costs of locum, or temporary, doctors, saying they would need to do substantial extra work to collate that information.

The cost of a national contingency planner for both strikes was about $10,000.

DHBs say a total of 914 surgical procedures were postponed across all 18 DHBs during the latest strike.

In addition, about 5900 outpatient specialist and follow-up appointments were postponed.

The strike in October caused the postponment of 628 elective surgical procedures, 316 other procedures, and about 3000 outpatient and follow-up appointments.

DHBs are not making any comment on the settlement or its overall cost until the junior doctors have ratified it.