Four men accused of a multi-million dollar pokie machine fraud have gone on trial in the High Court in Wellington. 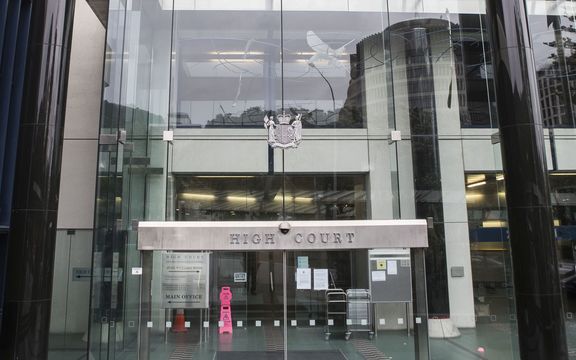 They face a raft of charges relating to pokie licences granted by the Department of Internal Affairs, including obtaining licences by deception.

All charges have been denied by former Harness Racing New Zealand chairman Patrick O'Brien; his son, Michael O'Brien; Paul Max; and a former Department of Internal Affairs employee whose name is suppressed.

Patrick O'Brien, who is in his 80s, is appearing by videolink.

It is alleged that in 2005, a company Michael O'Brien was involved with had its pokie licence revoked. Unable to get a licence, according to the Crown's case, he got others to set up companies and apply for them.

The Crown alleged he controlled the gambling proceeds from a company called Bluegrass Holdings for his own purposes, which included a scheme with racing clubs in which he received an income and they received grants.

Others in the group knew about Mr O'Brien's involvement with Bluegrass and concealed it from Internal Affairs inspectors, he said.

Mr Burston said it was difficult to say how much a pokie licence was worth, but between December 2009 and July 2013, Bluegrass made grant payments totalling $11.8 million.

The charges relate to an investigation started in June 2012 by the Serious Fraud Office, Internal Affairs and police. It involved 11 venues in Blenheim, Wellington, Hawke's Bay and Masterton between July 2007 and December 2010.

The department is responsible for issuing licences under the Gambling Act.

The law prohibits anyone involved in running a venue with slot machines, or key people in the gambling industry, receiving kickbacks or payments in return for grants.

The Crown intends to call 46 witness. The trial, before Justice Dobson, is expected to take six weeks.