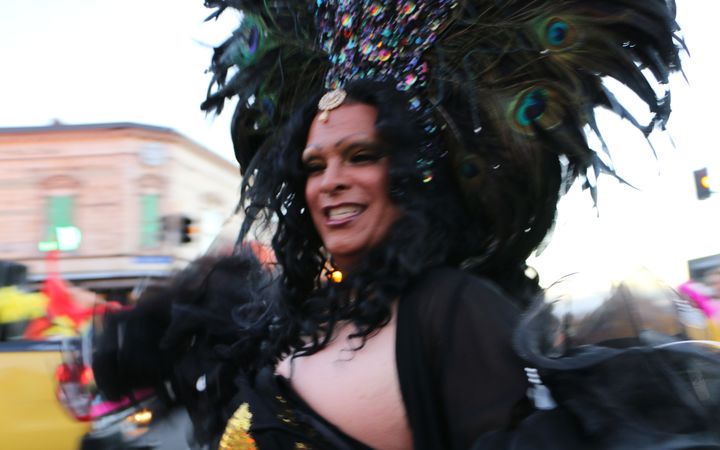 Auckland Pride Festival's Co-Chair Kirsten Sibbit said the event, which is in its fifth year and the largest yet - was an important reminder of how far rights for the rainbow community had come.

But she said it was also a reminder of how far they had yet to go.

"We still have things to fight for as a community you know I think a lot of people think that because we've now got gay marriage that that's it, job done, great, we're the same as everybody else," said Kirsten Sibbit.

"But it doesn't really work like and there's actually some parts of the rainbow community, we're actually a bunch of different communities and not everyone has the same rights as everybody else."

The parade marks the end of a two-week long celebration. 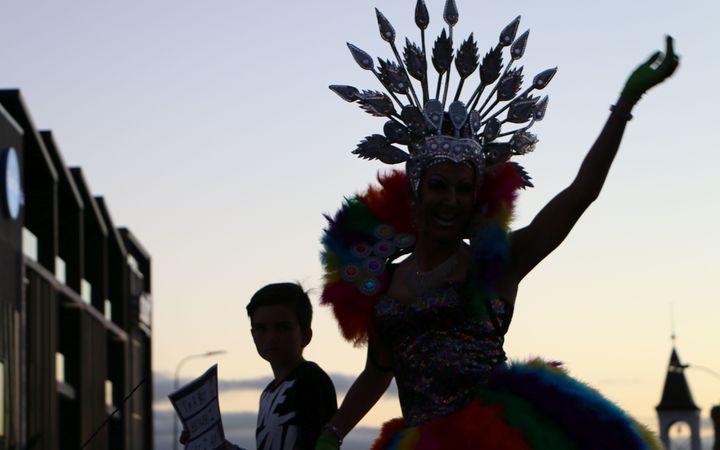 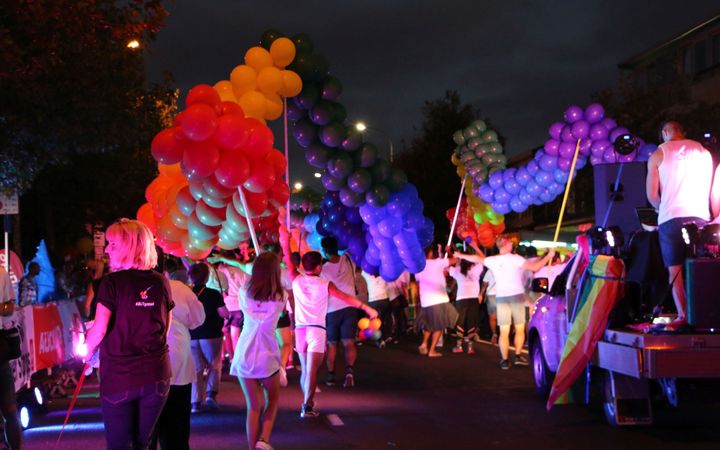 Vibrant colours were the mainstay of the evening. Photo: RNZ / Eva Corlett