More than a week after the massive fire in the Port Hills of Christchurch, residents who narrowly escaped losing their homes are still counting themselves lucky.

Nine homes were completely destroyed and two were partially damaged in the fire that scorched 2075 hectares of land.

Anne Kennett and her partner Gordon Milne live on Hoon Hay Valley Road and were, along with many other residents, evacuated from their home.

The fire came within metres of their house and left the back of their property dotted with blackened trees and charred earth.

Burnt pine needles were left floating in their swimming pool.

Ms Kennett said she started packing her belongings into her car when she first heard news of the fire, so was well prepared for evacuation. 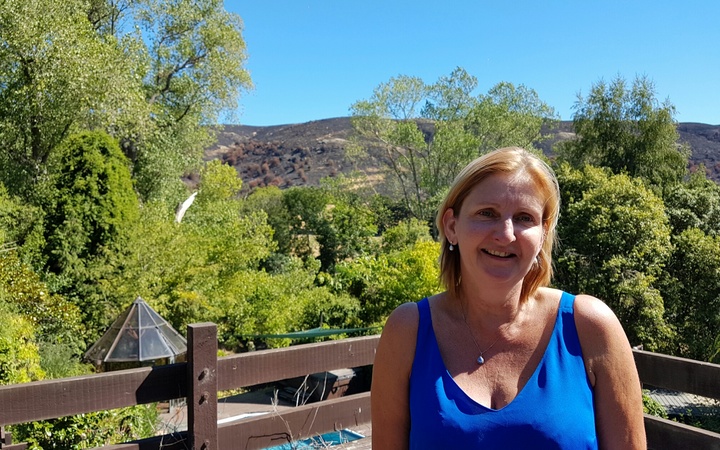 Anne Kennett stands on her property, with a view of the fire-scorched Port Hills. Photo: RNZ / Adriana Weber

When they were eventually let back into their home she was relieved fire hadn't ripped through it.

"We feel extremely lucky. I think if I had seen it in full force, if I had come out the doors and there were flames here, I think I'd be a complete mess but given that they evacuated us early enough, I'm not having nightmares about it.

"The whole time [we were evacuated] we had no idea whether our house was going to be OK. We were just optimistic, hopeful, that it would."

But the property didn't escape unscathed.

"Our water pipes melted so we haven't had water for the past few days. Luckily there was no smoke inside and no smoke damage, which was amazing given it was so close." 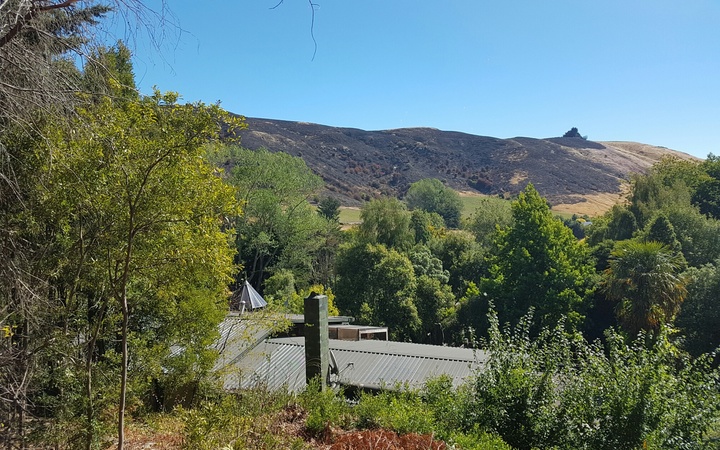 Just a few houses down, one family wasn't so fortunate as their home burnt down.

"I don't feel like I could feel enough for them, what they're going through. I know it would be pretty hard for them. It's traumatic and completely devastating for them."