The Defence Force today trialled a new military transport plane as part of the $20 billion plan to modernise in the next 15 years. 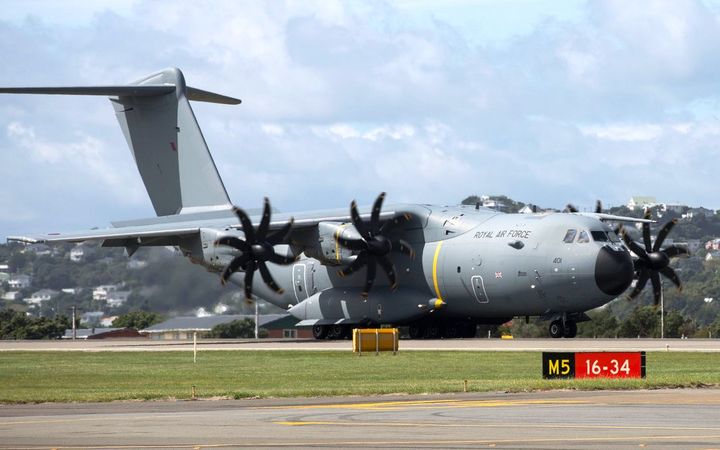 The AirBus A400M, which is used by Britain's Royal Air Force (RAF), is a possible replacement for New Zealand's five Hercules aircraft, which are more than 50 years old.

The Defence Force's $20 billion upgrade, announced by the government in June, also includes plans to replace the Air Force Boeing 757, the Orion maritime patrol aircraft and the ANZAC frigates over the next 15 years

While the A400 was larger and faster than the Hercules, it came with a hefty price tag - a single plane cost about $200 million.

Among other uses, the plane can deliver large amounts of cargo and supplies as well as drop paratroopers.

Its development was marred by cost overruns, and one crashed in Spain in 2015, killing four people.

The plane will be on display at an air show at Ohakea this weekend, which is celebrating the 80th anniversary of the Air Force.

"It needs to fly well, it needs fly over a good range at a good speed. It needs to be easy to use in a tactical envrionment and particularly, the cargo bay. So a cargo bay that works well is what we need from this aircraft as we take it forward in RAF service."