A veteran of the Malayan conflict has gone to court to get compensation for injuries caused by a cobra spitting venom in his face while he was on patrol. 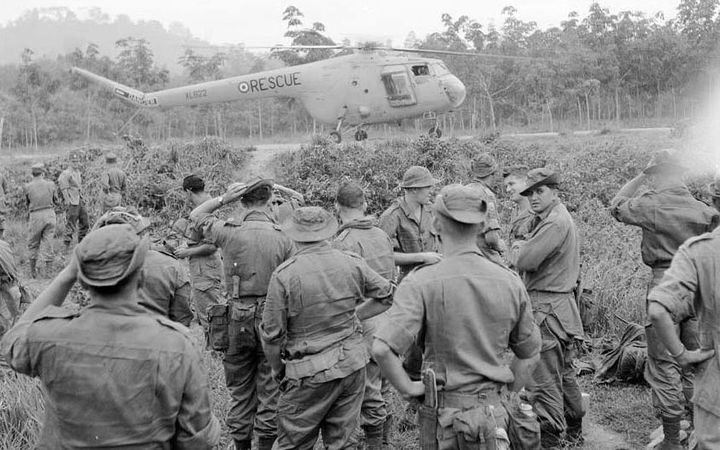 New Zealand SAS soldiers with a Bristol Sycamore helicopter of the Royal Air Force, in a photograph taken by a NZ Army photographer during the Malayan Emergency. Photo: nzhistory.govt.nz

The High Court of Wellington has heard that the snake spat venom in Pat Edwards' eyes while he was on patrol during the conflict, which led to a progressive deterioration in his eyesight.

The guerrilla war was fought between Commonwealth armed forces, including 4000 New Zealand servicemen, and the Malayan National Liberation Army, between 1948 and 1960.

Mr Edwards' lawyer, Jenni-Maree Trotman, said when her client entered the army his eyes were recorded as being in good condition, but they were not checked when he returned home in 1961. 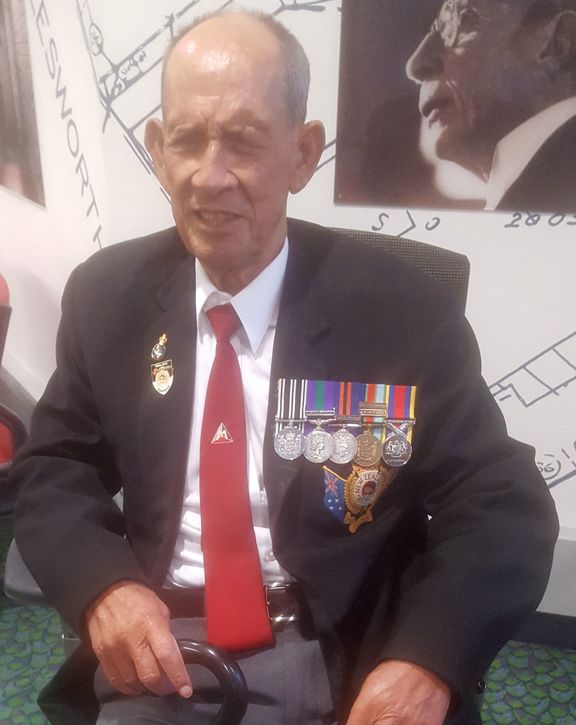 In 2006, Veterans Affairs accepted his military service aggravated his loss of sight and backdated his pension to 2004.

She said the case had earlier come before the Secretary for War Pensions and that organisation's appeal board, but both of those organisations no longer existed.

"That is not Mr Edwards' fault. Veterans Affairs says these boards no longer exist and they don't have the power to reconsider the decision even though the legislation says it can be reconsidered at any time. They say the case is an exercise in futility [but] we say no, it's a case where you should make a direction."

Ms Trotman asked Justice Joe Williams to declare the pension should be backdated to the date of disability, or to the date of his first application in 1966.

She said Mr Edwards' eye problems were initially misdiagnosed as arising from syphilis, but he had never had that disease.

But even if he had actually had it, she believed it should be covered because it would have arisen during his service in Malaysia.

"If he did [have syphillis], and he didn't, he contracted it whilst on service from the army using condoms they supplied which broke. The condoms were provided as part of a general pack to servicemen."

Ms Trotman said the medical form suggesting the eye problem arose from syphilis was not filled in by her client and the writing was noticeably different from his.