The mayor of Dunedin can not see any way Cadbury's plan to axe more than 300 jobs in the city can be prevented, he says. 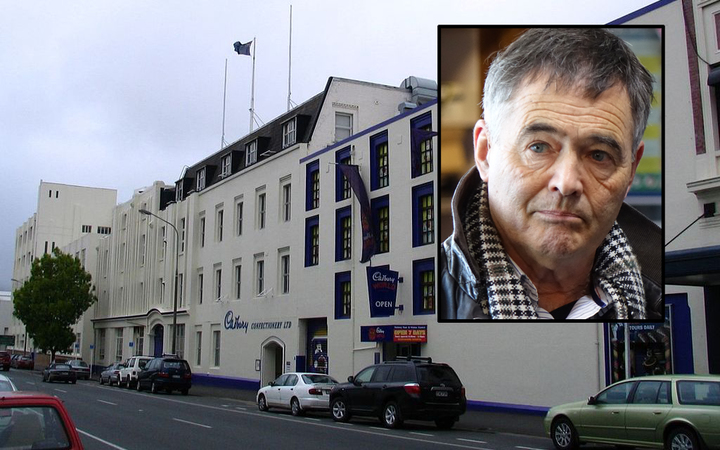 Mondelez, the chocolate maker's owner, wants to end manufacturing operations at its factory in central Dunedin next year and move production to its existing Australian sites.

Mayor Dave Cull invited the city's business leaders and Mondelez to a meeting yesterday to discuss future opportunities for staff.

He told Checkpoint with John Campbell today it would be "pointless to engage in a war of words" with the multinational.

"I am not pulling my punches, I don't have a view on whether they should be pulling out, that's a commercial decision. I am concerned with the well-being of the workforce - and it's a remarkably good workforce, from the bottom to the top. I am concerned about their well-being and that's what the rest of my city's concerned about, and how we work forward to the future."

Mr Cull said it was that concern about their well-being that led him to call a meeting yesterday between business leaders and the company's owner.

He said yesterday's meeting addressed retraining, relocating and possibly re-employing some of the workers, but the union representing them said it did not attend because the focus was on redundancies and not saving the factory.

Mr Cull said while he had fought hard for the factory to stay open, his city could not deliver the production volumes needed for company owner Mondelez to be profitable.

He was hopeful Cadbury World would remain open as a popular tourist attraction, with the retention of at least 30 staff.

E Tū spokesman Neville Donaldson, who is representing the Cadbury workers, said he left the mayor's meeting because he felt the agenda was focused on supporting workers once they had been made redundant.

"The mayor made it very clear that was the agenda and I felt compromised.

"I felt I had no option but to leave the meeting. To stay would simply be an acceptance of an inevitable outcome of redundancy, which we don't accept at this time."

Mr Donaldson said the union had to assume Mondelez was truly committed to the consultation process on hearing options to save the factory.

A spokesperson for the company said it had invested $80 million in the site over the past 10 years, but 70 percent of Dunedin's products were exported across some of the most expensive transport routes in the world.

"While Dunedin is a relatively out-of-the-way place, one has to remember that the cost of international shipping has reached a level, that certainly for something that is dense and relatively robust like chocolate or a chocolate input, shipping it around the world in a container is almost an inconsequential cost."

He said he believed the proposed closure was due to the internal politics within Mondelez, which as a foreign-owned company did not have a direct sense of accountability to the workers that a locally-owned business might have.

Councillor Lee Vandevis was critical of yesterday's forum and said the decision to close the factory was a foregone conclusion.

"The meeting sounded as though it was going to basically be a PR exercise that didn't quite work out.

"Trying to roll something not very pretty in glitter is seldom a good idea and I think it's backfired quite badly."

E Tū will meet with Mondelez and workers in Dunedin early next week.