Investigative journalist Nicky Hager has filed proceedings with the Human Rights Review Tribunal in relation to his bank's sharing of his private information with police.

His home was raided in October 2014 as part of an investigation into his book Dirty Politics. The High Court found the raid was "fundamentally unlawful". 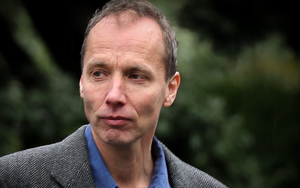 The Privacy Commissioner recently found Westpac had breached Mr Hager's privacy by providing his banking data to the police investigation without a legal basis for doing so.

Mr Hager said 10 months of banking transactions from all of his accounts were handed over to police without a court order. The details were released to detectives investigating the hacking of New Zealand blogger Cameron Slater's computer.

Mr Hager's lawyer, Felix Geiringer, said the bank would not acknowledge it had breached his rights and the tribunal would be asked to make binding orders requiring Westpac not give customers' data to police without a production order.

He said all banks have the same arrangement with police and thousands of people might be unaware their information had been released, just as Mr Hager's was.

In October 2015 Westpac said in a statement it had made changes to its policy and it took the privacy of its customers seriously.

"Our terms and conditions allow us to disclose information to agencies where we consider it will assist them with the investigation of criminal offences," it said.

"There is an internal policy to ensure the request is appropriate and that was followed on this occasion.

"We have today modified the policy so the request process is clearer for both police and staff.

"We will continue to work with the Privacy Commission to ensure they are comfortable with our approach."