Two people have critical injuries and five others are seriously hurt after a tour bus and a car collided near Akaroa in Canterbury. 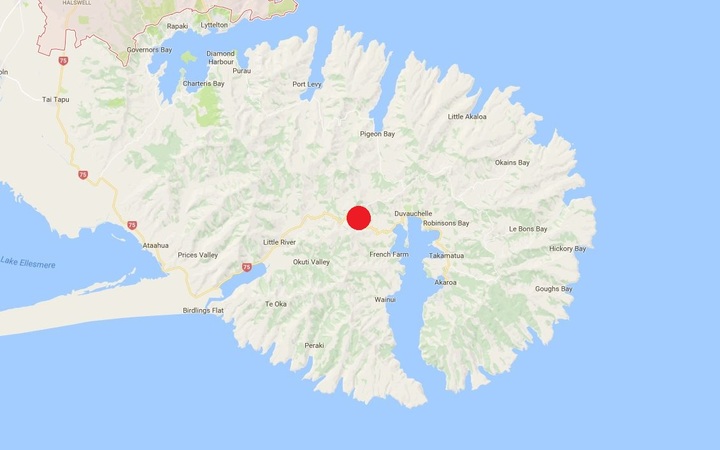 The bus and car collided on the route between Christchurch and Akaroa. Photo: Google Maps

Police said the bus crashed down a bank about 5.10pm near the intersection of Summit Rd and Christchurch-Akaroa Rd (State Highway 75).

The Fire Service said at the time it was working to free a person from a car and the driver from the bus.

To share pictures or video of the crash with us, please email to: iwitness@radionz.co.nz

Motorist Joachim van Oostrum said he came across a small black car with a seriously injured woman inside.

"I heard somebody yell for help, she was trapped pretty bad, then I saw that a bus actually came off the road and was about 10m down the bank in the bush.

"I ran down and there were about 30 people in the bus, so one window was smashed at the back, and we helped all the people out of the bus," he said.

"I ran to the bus, stopped the engine and helped people one by one climb out of the window because it was about a 1.5m drop to get out. There was a few older people and people who were hard to move, so it wasn't an easy job."

Cruise New Zealand board member Mark Kinchley said the passengers on the bus were on a shore excursion from the Celebrity Solstice, which arrived in Akaroa today.

The cruise ship carries 2850 passengers, plus another 1250 crew.

St John said two people were critically injured, five others had serious injuries and one person had moderate injuries. Twenty-six others were being assessed, and some had minor injuries.

Two rescue helicopters were being used alongside ambulances to take the injured to Christchurch Hospital.

The ambulance service earlier released different numbers, and said it would continue to provide updates.

Mr van Oostrum said many of the passengers had been cut by broken glass and tree branches.

"Everyone was pretty shocked and shaken up and most of them had small cuts from glass and branches, but I don't think anyone except for the driver [and the driver of the other car] was badly hurt."

He was left shaken by the ordeal, he said.

"I was scared, if I would have been there five minutes before, it would probably have been me against the bus."

The Commercial Vehicle Investigation Unit and the Serious Crash Unit have been notified.

There were cordons on SH75 into and out of Akaroa. Motorists were advised to use Pigeon Bay Rd instead to re-join Summit Rd.