A completely separate reconciliation process - similar to that being used for Parihaka - has been suggested as a solution for historical grievances at Waitara in Taranaki. 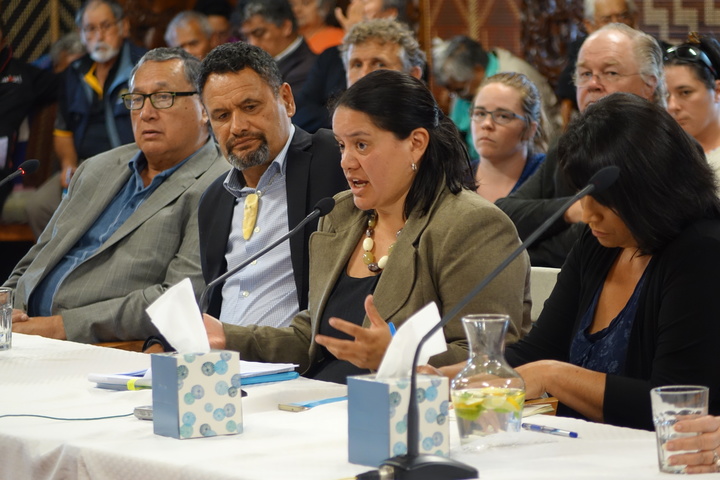 If adopted, the New Plymouth Council-sponsored bill would allow the freeholding of 780 leasehold properties and return some land to Te Ātiawa.

It would also pump $60 million from the potential sale of leases into Waitara via a new entity made up of council and iwi representatives.

The chairwoman of Te Kotahitanga o Te Ātiawa, Liana Poutu, who spoke last at yesterday's hui, said a reconciliation process similar to that for Parihaka offered a way forward.

Ms Poutu said Te Kotahitanga o Te Ātiawa was unable to continue to support the bill when it became clear the overwhelming majority of its members were not behind it.

"What's evident from the submissions presented today and what's been communicated to us as the iwi entity, is that actually the heart of this issue is about the confiscation of land here and this bill doesn't provide an avenue for the reconciliation of that."

In its revised submission, the New Plymouth District Council and its partner the Taranaki Regional Council said that the bill provided a solution that enabled competing interests to be recognised.

"It provides a contemporary solution to a historic legacy. We believe the Bill will result in increased opportunity and prosperity for all residents of Waitara."