An elderly woman reported missing twice in a week has still not been found and Wellington police are concerned for her safety. 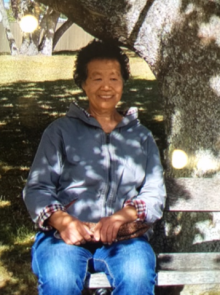 Kebai Lui, 76, went missing from her home on Thursday and was found around midnight at Oriental Bay.

She was returned to her Woodridge home, but disappeared again in the early hours of the morning.

Her family discovered she was gone about 8:30am and believed she had left home some time after 2:30am.

Airport security and police searched Wellington International Airport today after a sighting of her getting off the bus there was reported, but she was not found.

She is likely to be on foot, but police say she may try to use public transport. She is probably wearing a black jacket and blue jeans.

Police are asking people to call 111 immediately if they think they have spotted Ms Lui.