The mother of the murdered Rotorua toddler, Nia Glassie, will be released from prison for a second time next month. 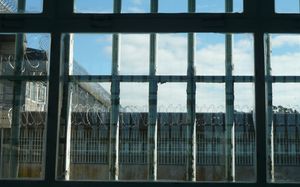 The 3-year-old girl died in 2007 after a prolonged period of abuse, which included being spun in a tumble drier.

Her mother Lisa Kuka was convicted of manslaughter and jailed for nine years, for failing to protect the girl.

Kuka, who is now 43, was paroled in September 2014 but returned to prison last year after being found living at an unapproved address.

At the time, Corrections said Kuka also breached the condition of not living with a child, or having a child stay overnight.

A Parole Board ruling from January, obtained by RNZ, showed Kuka was a low security inmate judged to pose a medium risk of reoffending.

But it said her behaviour had recently deteriorated.

"The prison officer advised the board that in the last few weeks... she has not been responding to authority positively, she has been stubborn. The prison staff have been disappointed in the way Ms Kuka has chosen to behave."

In response, Kuka accepted her behaviour had fallen short, and explained she had been anxious and stressed, particularly with her parole appearance looming.

The board wanted strict oversight of any romantic relationships Kuka established.

"Intimate relationships have been identified as a very high risk factor for Ms Kuka. Therefore, any relationship of this nature needs to be monitored carefully by Community Probation," board convenor Shannon Pakura said.

The ruling said Kuka had a solid release plan and the support of her whanau.

It said she understood her "high risk situations" and she had strategies to address them, should they arise.

"Having considered all of the circumstances, we believe that Ms Kuka has reached the point where she can be released on parole," says Ms Pakura.

Kuka is to be released on an unspecified date in March, subject to several conditions including an overnight curfew, no contact with anyone under 16, and a ban on any contact with the news media or use of social media.