Some Wellington businesses are worried about what they say is a rise in opportunistic and strategic begging. 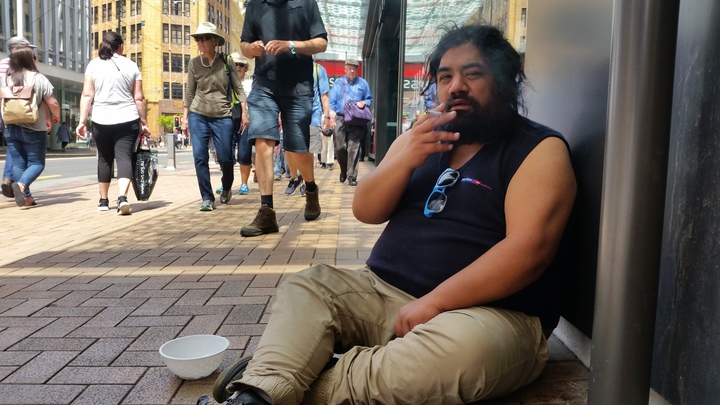 Shop owners have been punched, property has been damaged, and they say staff are losing patience over what they call gang tactics among beggars.

First Retail Group director Chris Wilkinson said there were now more people begging in Wellington, and he said many of them were opportunists.

"You'll see people being very tactical at nights around money machines on Fridays and Saturday nights.

"We're starting to hear evidence there are other organisations involved, there are handlers involved where people are getting their money and giving it to someone else," he said. 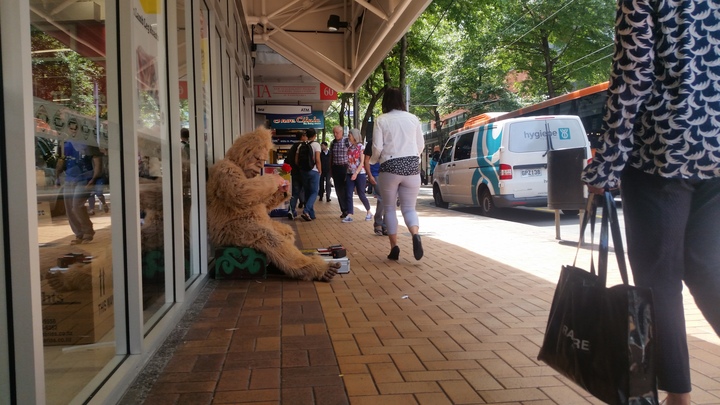 A person dressed as a gorilla begging in Wellington. Photo: RNZ / Michael Cropp

There were rosters being enforced at the prime spots and people were being stationed around the city, Mr Wilkinson said.

"It's certainly taking advantage of the public's good nature. Many people wouldn't realise, they see this person sitting down there looking sad, maybe they've got their hoodie up, they won't know in most cases.

"What we do know from the studies that have happened around social need is that the proportions of beggars with real need are very low," he said.

Mr Wilkinson said the police had told him there was low-level gang activity among some of those opportunistic beggars. 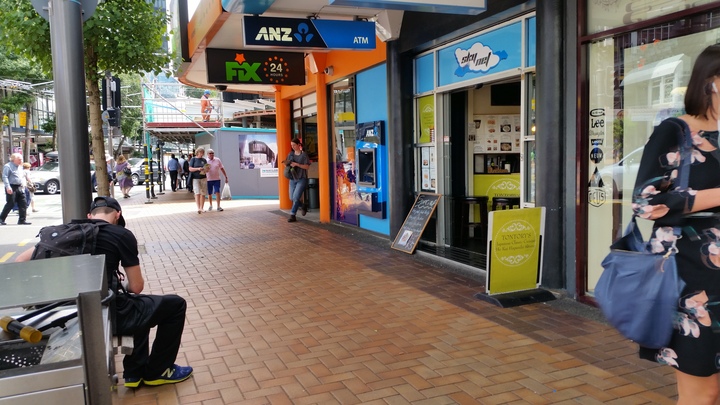 Retailers want something done about it.

One shop owner, who did not want to be named for fear of reprisals from the opportunists against his staff, said he frequently had several beggars outside his store and that it had become a health and safety issue for his workers.

He said he saw them swapping money for items, probably drugs, on the street outside his shop.

At Tontory's, a small takeaway shop on Manners Mall, the owner and cook said he has had meals stolen behind his back, had been intimidated, and has had to call the police.

The doors to Skynet, the 24-hour Internet cafe above him, were broken recently when some of the so-called beggars got in a fight. 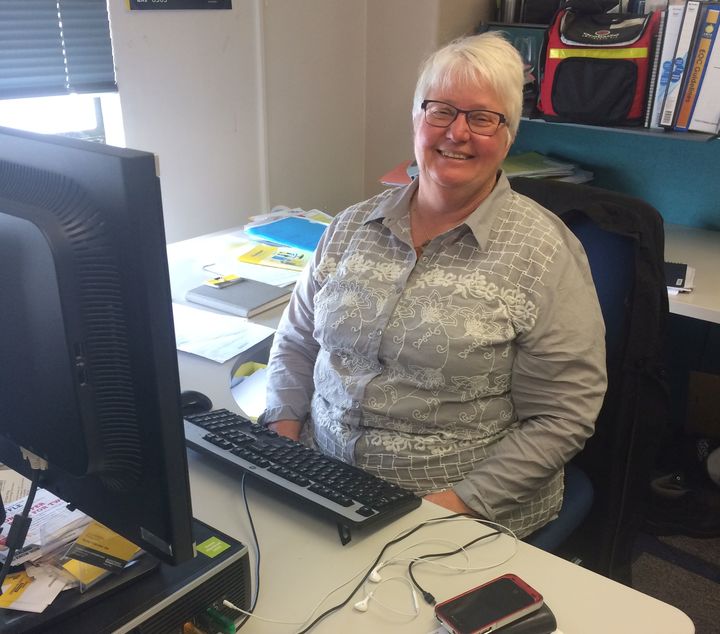 Jenny Rains said there was not a lot of the council could do to move people on. Photo: RNZ / Michael Cropp

Jenny Rains, the council's community services manager, said there was not a lot the council could do to move people on, or clamp down on the opportunists.

"Part of it is that there are prime spots in the city, and they are the spots where people make money. Like any vulnerable community there are people who take advantage," she said.

Ms Rains said the council would not tolerate people erecting structures, cardboard or tents, on the footpath however and that it would soon review its public spaces bylaw to see if there was more it could do. 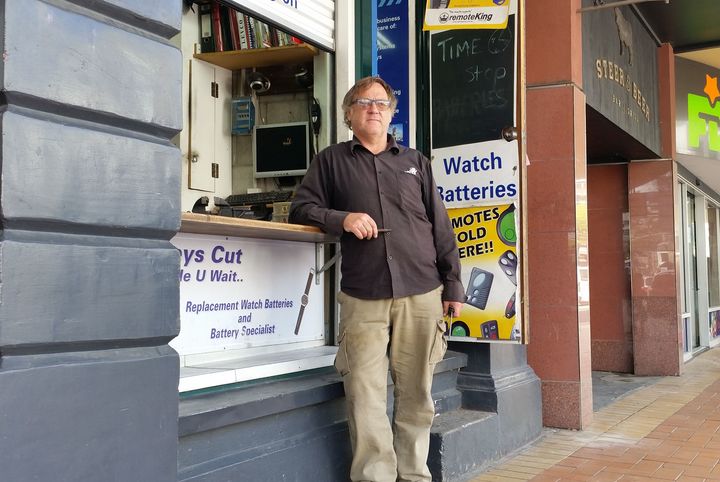 He said he had been attacked three times in recent months for standing up for himself.

And Mr Ross said until retailers banded together against the begging, the problem would not go away.

He said a simple solution would be to ban smoking on all footpaths.

But that did not sit well with Horomona Mason, who has slept rough for two-and-a-half-years.

Mr Mason said the opportunists had hardened people's hearts against the real problems of homelessness, and meant that people like himself went without.

"What I want people to know, is that [being] homeless is really a true struggle. People have got too much addictions in their lives, that it's really hard for them to turn their lives around from alcohol, drugs, whatever whatever it is," he said.

People needed to be employed and have a sense of direction in their life, he said.