A fire which has burned through 130 hectares of land in rural Hawke's Bay is now under control, the fire service says.

About 60 fire fighters and eight helicopters carrying monsoon buckets are back at Waimarama near Havelock North where a fire ripped through more than 130 hectares of scrub yesterday.

The fire, which is now under control, has destroyed a 40ha pine forest, one building and fences and has also killed livestock.

There were concerns from fire crews earlier in the day that a wind change could flare up the fire this afternoon.

But Fire Service area commander Trevor Bullock said while they were monitoring wind conditions, it was likely resources would be scaled back later today.

"I'm really impressed with the workd that's been done, we've got it contained so now it's just a matter of keeping it in the box, it hasn't escaped anywhere in the box." 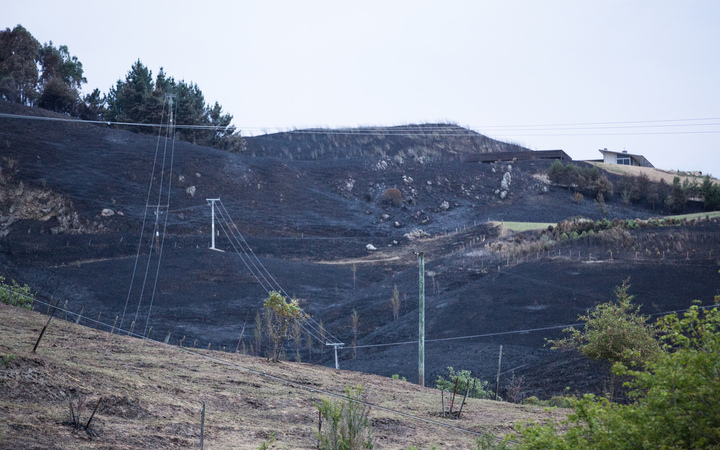 He said fire crews from all over the country were helping to fight the fire.

"It is under control but it's organised chaos."

He said a sparking power line may have caused the blaze but it was still too early to be sure. 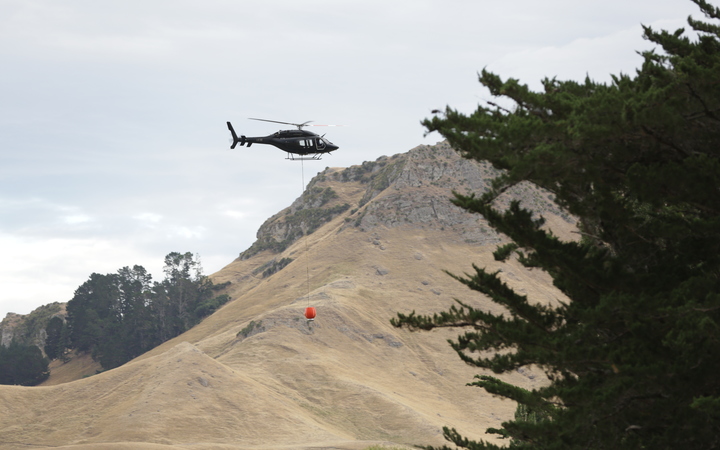 Hawkes Bay fire crews worked through the night creating a fire break and battling a fifth flare up in the region.

At its peak, about 20 fire engines and more than 100 officers were fighting four fires simultaneously and extra officers were called in from around the country.

The fire service believes the fifth fire, near Mt Erin, was deliberately lit.

The incident controller at Waimarama, Mitchell Brown said it was extremely rare for a state of emergency to be called for a rural fire, but the area was at high risk because of drought-like conditions. 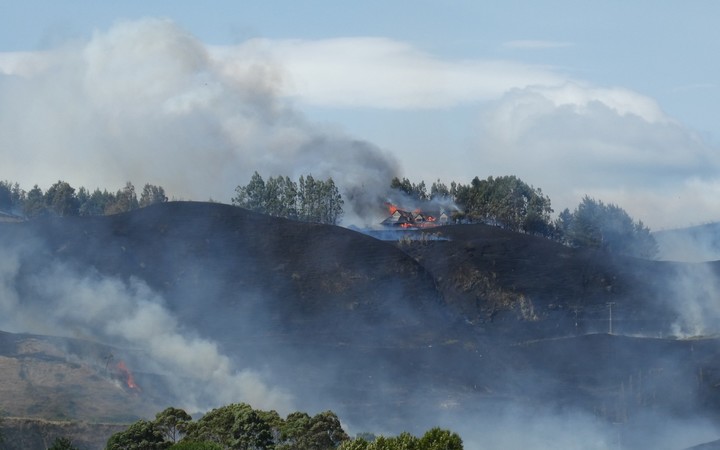 Two houses have been destroyed in the Hawkes Bay fires. Photo: John Wuts

'It's not a pretty sight out there'

A Hawke's Bay farmer was counting himself lucky after a massive scrub fire came within metres of his home. Richard Chambers said he raced home yesterday when he received a call saying that the paddocks below his property were ablaze.

"Our sceptic tank, which is actually 10 metres from the house, that's all gone. And then it [the fire] whipped round to the back of the house and started burning there; some grass and some trees."

He was lucky there wasn't more damage to his property, Mr Chambers said.

Mr Chambers said they are not free from the threat of fire yet.

"It's ugly. There are a lot of hectares that are totally parched and it's not a pretty sight. God knows where the fire is at the moment. They're out there dousing it now, but it's in the pine trees and there are a couple of hundred hectares of pine trees and we just pray for some rain and that wind to die down."

The Salvation Army said there have been more fires than ever in rural Hawke's Bay this summer.

The Hawke's Bay co-ordinator for the Salvation Army emergency services, Craig Campbell said in his 16 years of supplying fire crews with food and water, this season had been the worst.

Mr Campbell said he has been called to 13 fires since November, and crews and volunteers are exhausted.