The Human Rights Commission is calling for the government to hold an inquiry and apologise for abuse and neglect in state institutions. 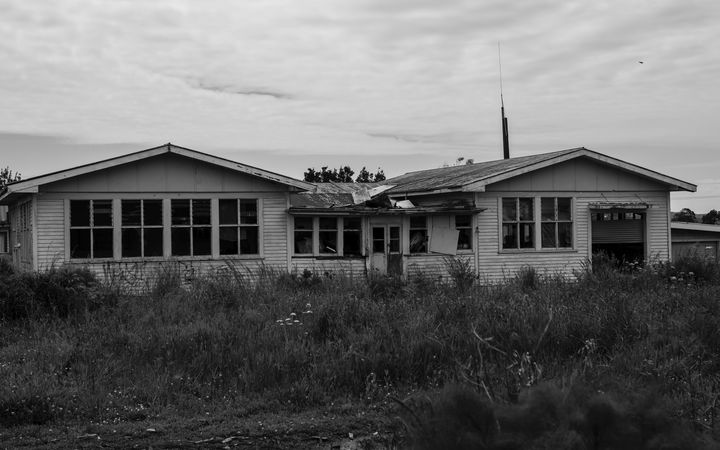 Kohitere Boy's Training Centre in Levin has been the subject of complaints regarding state abuse. Photo: RNZ / Aaron Smale

The Commission has published an open letter saying an inquiry is necessary to determine the full extent and nature of the abuse that occurred in state institutions, and find out how those institutions treated people in their care so badly.

The letter, addressed to Prime Minister Bill English, calls on the government begin such an inquiry, to publicly apologise to those affected, to take other steps to address the harm caused including redress and rehabilitation, and to ensure such abuse could never happen again.

It has been endorsed by members of the Iwi Leaders Forum, including Naida Glavish. She said the state welfare institutions had a horrific impact on Māori and produced individuals like William Bell, the RSA murderer.

"That boy Bell, who grew up to become the RSA murderer at Panmure, was raised by CYFs (Child Youth and Family)," Ms Glavish said.

"Have they (the government) taken any responsibility for that? While throwing stones at iwi and Māori and whanau. I haven't heard any ownership of that."

Social justice advocate Kim Workman, who worked for nearly 20 years as a policeman and was once head of Corrections, has also signed the letter.

Mr Workman said the government needed to face up to its responsibilities.

"There's evidence that children and young people were horribly violated in those institutions. Now in this case what we have is the state is the offender and people in those institutions as the victims. What we actually need is a restorative justice model that rectifies it to ensure that that doesn't happen again."

Mr Workman said that during his time in the police force during the 1960s and '70s he had dealings with Kohitere boys home in Levin.

"They'd lock them up in the isolation cells in an octagonal building with eight cells. The kids would be put in those isolation cells for anything up to three months. Some of them had mental health issues anyway and it was enough to send them around the twist. It was just a horrible environment."

"We've had organised denial of responsibility. Bill English talked about prisons being a moral and fiscal failure. But when you look at child care and the fact that of people under 20 in the prison system, 83 percent of them have been in state care, that's the moral failure."

The Māori Womens' Welfare League has also endorsed the letter. Prue Kapua said the league had raised objections to the welfare homes from a very early date and its members supported the letter because they didn't want it to happen again.

"The full extent of it we don't know. You can't have something of this magnitude and it not be systemic. We do have to learn from what occurred. If we don't understand entirely how all of that happened then we are probably doomed to repeat it in various forms in the future."

The letter has also been signed by a number of others including disability advocates and UNICEF.

Mr English said he had not yet read the letter or spoken to the relevant minister about it.

He questioned whether an inquiry into abuse and neglect in state institutions would achieve anything more than had already been done.

Although the report which had come out of the listening service had argued for an inquiry because of a lack of understanding.

He argued that the listening service's rejection of that was their own opinion, but that the underlying causes were more of a priority.

"The harm in my view is well understood," he told Morning Report.

"I don't think there's an issue here about things being unknown. The real challenge here is to find effective ways for the bureaucratic state to be able to look after individuals and it's always struggled with that.

"We're going through major change with children in care to make sure that it doesn't happen again for those who did experience abuse there."

Mr English said he would certainly look at the letter, but making changes was the priority.

"We are for the first time addressing these systemic issues.

"If it came to a sense of priority, then our priority would be making the changes now built on the knowledge accumulated over the last 20 years, to protect our children.

"And it would be a lesser priority to put all that energy into going over history again."

"Any kind of abuse against kids in state care is abhorrent," the statement said. It went on to say the now-defunct listening service had already provided more help than an inquiry would.

It said Ms Tolley had led an overhaul of the state care system which will result in a completely new child-centred operating model led by the Ministry for Vulnerable Children, Oranga Tamariki, to keep children and young people safe and give them better long-term life outcomes.

"Claims for historic abuse were taking far too long to be settled which is why we took action to introduce an optional fast track process to resolve the backlog of claims where claimants, subject to some fact-checking, can receive an apology from the MSD Chief Executive as well as a financial settlement.

"Following the introduction of the optional fast track process, the number of settlements has more than doubled, to around 900, with total payments of over $17 million, all of course accompanied by an apology.

The statement said 88 percent of claimants had accepted the fast track offers in the first tranche of claims, with 73 per cent accepting offers in the second tranche.

"As I've said before, I'm more than happy to apologise to anyone who had to go through this traumatic experience for the impact it has had on their lives," Ms Tolley's statement read.

'We need to compile the truth'

The Human Rights Commission wants to meet with the Mr English to discuss its inquiry.

Its Disability Rights commissioner, Paul Gibson, said the government would not need to start an inquiry from scratch, as a lot of the work had already been done.

He said the inquiry would be an investment, and cost should not get in the way of justice.

Mr Gibson wants to meet with Mr English to tell him so.

"We are happy to talk with Bill English today if we got the opportunity. Because we've done a lot of work around the confidential forum, a lot of this has been done, but the government in its cabinet paper, didn't acknowledge the truth that came out of there. We need to compile that truth, allow other people who haven't been heard to come forward."