A group of Indian students ordered to leave New Zealand for visa fraud will not resist if authorities come to deport them, a church minister supporting the group says. 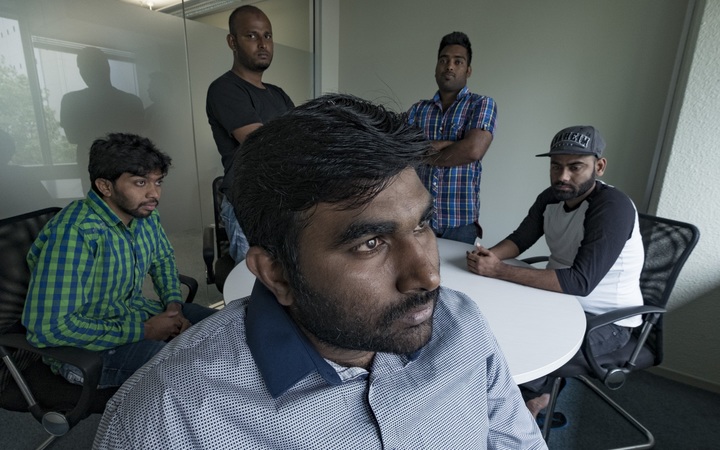 Ten people, including students and their family members, are taking sanctuary in Ponsonby's Unitarian Church in a last-ditch attempt to stay in the country.

Reverend Clay Nelson said they had not yet heard from immigration officials, but they are not expecting any warning.

"The authorities know where the students are, so it's really no challenge for them to come and get them if that's what they decide to do," he said.

"There won't be any physical resistance ... by either the congregation, the supporters or the students."

The students were scapegoats for a much bigger problem, Mr Nelson said.

"We're making a lot of money in New Zealand by selling, in many cases, sub-standard education to international students around the world.

"It's a big industry, so I think that's part of the reluctance from the government to intercede in this."

If they did not, arrangements would be made for them to be deported, but the department said it did not have a timeframe for doing so at this stage.