The friend of a man who went missing after the pair went swimming in the swollen Hutt River has joined searchers along the riverbank. 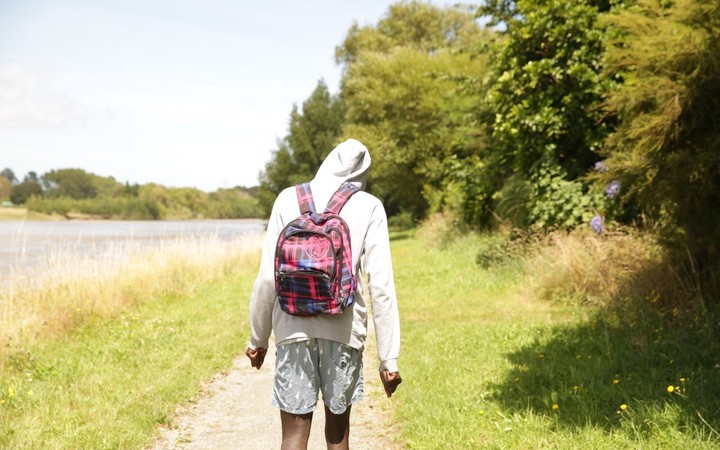 The teenager searches for his friend, who went missing after the pair went swimming in the Hutt River. Photo: RNZ / Rebekah Parsons-King

Search and rescue teams are scouring the Hutt River for signs of the missing 19-year-old.

Police say two men went into the river about 10.30pm, near Belmont School in Lower Hutt, north of Wellington, but only one got out of the water.

Officers searched the riverbank on foot last night, but poor weather stopped a rescue helicopter getting in the air.

Land-based search teams teams have begun scouring the area today, with the help of maritime police.

The second man, who made it out of the water, was also at the river near where the pair entered the water at Belmont Domain.

He told RNZ he had just been released from hospital and had come to the river to search for his friend, but did not want to talk about what had happened the previous night.

He called out the missing man's name, while walking up and down a path along the river.

A resident who lives near where the man went missing said the flow of the Hutt River could change rapidly.

Ewan Forbes said it did not take long for heavy rain to affect the river.

"You get a bit of rain up in the hills and within an hour it could go up five, six feet quite happily, yeah very changeable."

Mr Forbes said the river's flow had been a lot stronger than this time last summer.

The police dive squad was at the scene but had not been deployed yet because of inclement weather.

The regional council said the river flow was 100 times larger than usual for this time of year last night.

A spokesperson said the flood was triggered by 150mm of rain falling in the ranges behind Upper Hutt over a 24 hour period.