The Crown will seek an indefinite sentence for the man who has admitted sexually violating a 69-year-old woman in her home before murdering her. 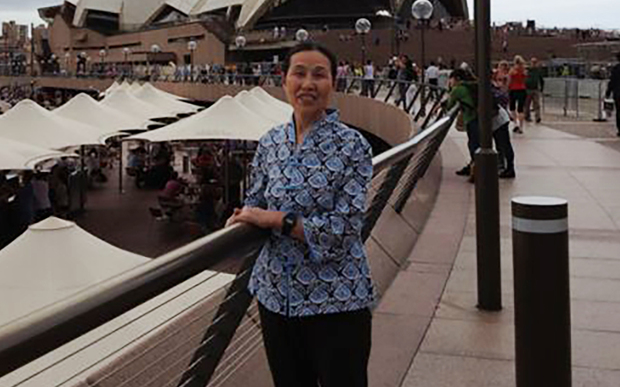 Cun Xiu Tian was killed in the Te Atatu home she had lived in for 15 years. Photo: SUPPLIED

Jaden Lee Stroobant, 19, also from Te Atatu, has pleaded guilty in the High Court in Auckland to one charge of murder and two of sexual violation in relation to her death.

Stroobant was set to go on trial there today but admitted the charges in front of Justice Graham Lang this morning.

Crown prosecutor Jo Murdoch said the Crown would seek preventive detention for Stroobant after issues of public safety were raised in a psychologist's report.

According to the agreed summary of facts, Stroobant lived over the back fence of Ms Tian's house in Te Atatu.

Stroobant confronted Ms Tian in her home in January last year, striking her in the head and knocking her to the ground.

He then repeatedly hit her in the head before stomping on her face, fracturing her eye socket and causing fatal head injuries.

Before she died, Stroobant sexually violated her. Some of the details of Stroobant's offending have been suppressed.

The police summary of facts showed Stroobant then tried to avoid detection by cleaning up the scene. He also ransacked the house, stealing an iPad and Ms Tian's daughter's gold watch.

Stroobant dismantled his own cell phone to avoid the police and stayed at a friend's house that night. He also rode in the boot of his friend's car to avoid being seen.

When Stroobant was found by the police at a house, he tried to jump out a back window.

He later made up a story to the police, denying any involvement in the crimes.

Stroobant is due to be sentenced in March. His lawyers argued he was at risk inside prison and is being held in segregation for his own safety.

Ms Tian and her family moved from China two decades ago and had lived in Te Atatu for 15 years.