Māori groups are opposing a second application to mine iron sand off the Taranaki coast because of concerns about environmental damage and breaches of their property rights. 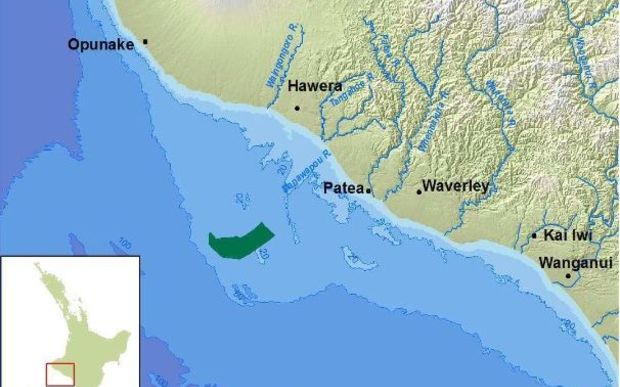 The location of the application. Graphic: Supplied / Environmental Protection Agency

The company has proposed digging up iron sand from the seabed in the South Taranaki Bight, extracting the iron and then returning the sand to the seabed.

A number of submissions to the EPA from Māori groups expressed their opposition to the application.

Te Ohu Kaimoana, the company that holds iwi fishing assets, submitted that the proposed mining could impact on their property rights.

Auckland University Law School lecturer Andrew Erueti made a submission on behalf of Ngā Rauru, an iwi near Patea, close to the proposed area.

The Sealord treaty settlement had established that Māori had property rights in marine resources and this needed to be taken into account in mining applications, he said.

"With fisheries at least you've got significant resources now vested in tribes.

Although Māori did have recognised property rights in marine resources it was unclear in some areas and the EPA was being asked to make decisions on those issues, Mr Erueti said.

"We're finding with the mining that if you don't have a property right there's less impetus for industry to engage.

"So this whole nature of the Māori right becomes significant. If it's just a spiritual connection for example, kaitiakitanga for example, most industry might consult but it's quite different than if Māori were able to establish a tangible property right."

Legal forums often failed to give Māori a say in the process, Mr Erueti said.

"But they've been criticised by the Waitangi Tribunal on so many occasions now for failing to give Māori an adequate voice."

Māori rights in marine resources were vulnerable because there was a lack of clarity on their legal standing, she said.

"There's a fundamental, in law, unresolved issue as to who owns and who governs and who has authority, rangatira, over those landscapes.

"All of these decisions that are being made around land and water are impacting on the ability of Māori to be able to exercise rangatiratanga."

Ms Ruru was concerned as to whether the EPA was qualified to decide on Māori property rights.

"Looking at that EPA, it's not trained lawyers or judges that are making these decisions around important legal rights and responsibilities of Māori and in the environment."

But the EPA said while it would hear evidence about what existing interests groups had in an area it would not decide whether any party to the hearing had a property right.

The hearing for the application will begin next month in Wellington.