A highly-critical report says Wellington's public mental health services need to change after five patients were involved in attacks - four of them fatal - in 15 months. 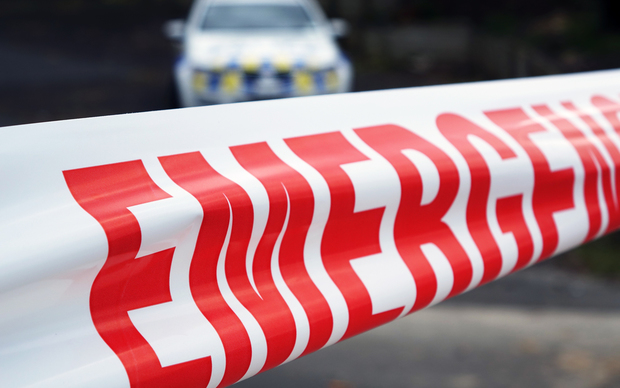 A file photo of a police cordon: The review looked at the care of five patients who were involved in violent attacks. Photo: RNZ / Kim Baker Wilson

In one case, a woman stabbed a 67-year-old man to death in suburban Johnsonville in July 2015. He had spent the day caring for her. She then injured four other people, and police dogs were used to seize her and hold her down.

On the day of the attacks the woman had seen her GP, who referred her to the crisis team at Wellington Hospital.

Thinking they had persuaded the woman to take her medication, she was discharged. Blood tests taken after the attacks found no traces of the medication in her system.

She was charged with murder, but found not guilty by reason of insanity.

In another case, a Kapiti man stabbed and wounded another man in a random attack at Waikanae Railway Station.

The man had killed his brother 13 years earlier, but was acquitted on the grounds of insanity. He was detained as a special mental health patient, but was released into the community in 2011.

In another, Carl Silverwood, 28, stabbed his mother, Helen, to death and tried to kill his father, Lee, in Churton Park in December 2016.

He had stopped taking his medication and was voicing delusional ideas. He stabbed her 10 times.

The two other incidents were similar.

The review found specific problems in each case. In one, there was no evidence a psychiatric assessment was carried out.

"There is no evidence of psychiatric assessment, no detailed mental status report, no diagnosis, no formulation and no discernible comprehensive recovery plan [for the patient]," the report said.

In another unspecified case, psychiatric intervention was described as "minimal".

Auckland University psychiatry professor Graham Mellsop headed the review panel. It said staff in one part of the system found it hard to get clear information from another about a patient's care.

The recommendations of the panel's report included:

"It is difficult for staff working at different locations to access identical information, given the existence of a dual record keeping system," the report said.

"It is especially difficult to know where to look for a current, comprehensive overall management plan [for a patient]."

In response to the report, the Capital & Coast DHB said some issues were being worked on, such as improving electronic record keeping.

Others, such as the accommodation problem, would be looked into.

On patients seeing a psychiatrist within two weeks, the DHB said that was not necessary for all clients. Those who were deemed to need one would within that time.

Health board boss pledges to do better

He said work was happening at a national level to set up a single electronic health record system, as the report called for.

"We are also looking at a single record for ourselves across the three DHBs ... [and] improving the functionality of our current system so that all documents are in one place and can be accessed from one place."

Mr Fairley said the health and safety of clients, their families and the public was paramount.

"This review has identified areas we could improve that could help to prevent events like this happening again."