The Automobile Association is calling on petrol companies to display all their petrol prices and says the government should force them to if they don't.

Under the law petrol companies are required to display the price of all fuel products at the pump - and they are meeting that obligation. 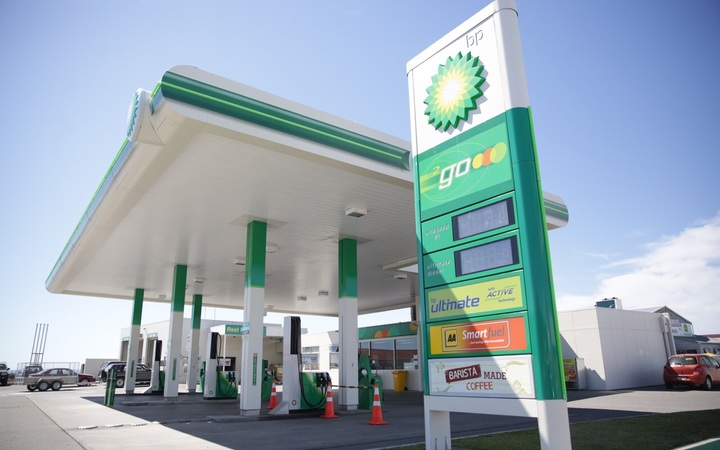 The AA says petrol companies should put the price of premium petrol as well as 91 octane on their roadside boards. Photo: RNZ / Rebekah Parsons-King

But AA petrolwatch spokesperson Mark Stockdale said there were many complaints about service stations not putting the price of premium petrol on their roadside price boards.

In a survey of AA members, 77 percent said they kept an eye on roadside boards and 81 percent felt all fuel prices should be on them.

The boards are required to show the price of 91 and diesel, but not 95 or 98 octane. It's estimated 20 percent of cars in New Zealand use premium petrol.

Mr Stockdale said as a general rule of thumb, European cars needed a minimum of 95 octane whereas most Japanese cars could run on 91 octane.

"There's a fair number of cars out there that must run on a minimum of 95 octane, so the owners don't have any choice - they need to buy that fuel," he said.

Z and Caltex sell only 95 as their premium product. BP and Mobil stations sell 95 or 98 - but not both. In the North Island, the two companies tend to sell 98 octane in main centres and 95 octane in smaller towns.

He not displaying the cost of all the fuel products caused confusion for motorists.

"If they go to a BP or a Mobil in a main centre they end up buying 98, and not realising they were buying 98 because the price board didn't actually say what the grade it was, and it didn't say what the price was. So they couldn't compare the price difference.

"So they end up buying a fuel that's cost them an extra 17 cents a litre.

"By not having the price on the price board and actually listing what octane it is, some motorists are going to fuel brands and buying a higher grade of octane than they actually need."

Mr Stockdale with only the lower 91 octane prices, motorists could also be fooled into thinking that station had also discounted premium fuel.

Mr Stockdale said by being made to put the price of premium petrol on their price board it would increase competition and reduce the cost of petrol.

"If they were required to display the price then it would also force them to discount that product, because they simply couldn't advertise a product that was 40 cents a litre higher than 91, they couldn't get away with it, that's not a good look. And so it would enhance competion for the 20% of motorists that are buying premium petrol," he sadi.

Mr Stockdale said if the petrol companies wouldn't display their premium petrol prices, the AA would ask the government to regulate.