Freedom campers in Queenstown are clustering their vehicles together, creating makeshift campsites on public land - and challenging enforcement officers if they get clamped. 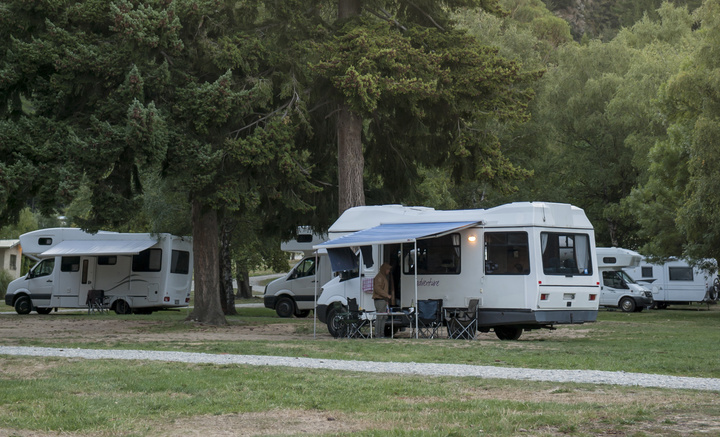 A file photo of camper vans at Lake Hawea: The Queenstown Lakes District Council said they had been having problems in Wanaka's town centre and the head of Lake Hayes. Photo: 123RF

The Queenstown Lakes District Council has handed out 484 enforcement notices to freedom campers since last month and the Department of Conservation (DOC) has hired an extra ranger to clean up after them.

Council spokesman Lee Webster said council staff had seen a new trend of campers bunching vehicles together and challenging enforcement officers if they were clamped.

They might park in a circle on public land or reserves with a picnic table and chairs between them, creating a makeshift campsite, he said.

"They're waking others up to challenge the officers basically, [saying] 'what are you doing', not wanting to get clamped.

"We have had one vehicle driving away as the officer wanted to try and clamp the vehicle," Mr Webster said.

"They just started the vehicle and drove away."

Enforcement officers in Queenstown and Wanaka patrolled hot spots early each morning to check on vehicles in restricted areas to see if they had a sticker to show it was certified self-contained.

There had been issues in the town centre and the head of Lake Hayes.

It was a health and safety risk for officers trying to administer fines or clamp, he said.

If there was any potential risk to an officer, they were told to "back away", he said.

It was unclear whether campers who were bunching together knew each other, or had just met up.

One officer had his vehicle's windscreen smashed while patrolling an area used by freedom campers, Mr Webster said, but it was too early to say if a camper was responsible. 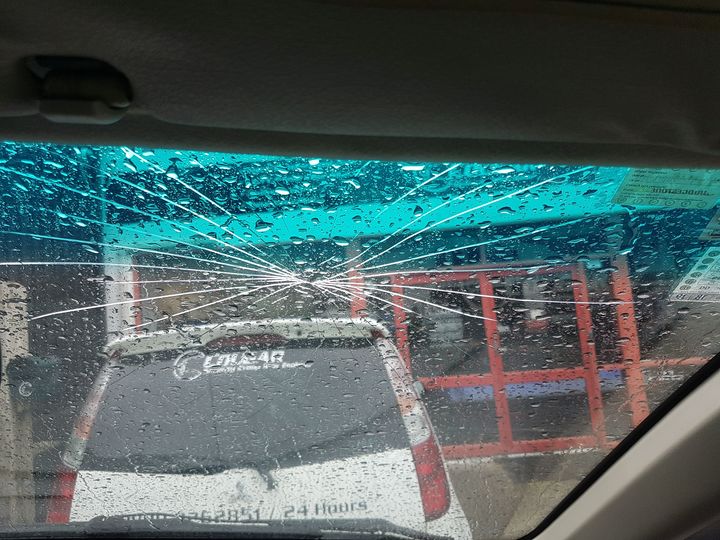 The incident happened when the staff member went on an early morning patrol today, to Allan Crescent in Frankton.

The man returned to his marked council car to find his windscreen smashed, he said.

The incident has been referred to police.

Freedom campers were crowding into road lay-bys with no facilities, or reserves with just a single toilet - pushing the spaces beyond what they were designed for.

"You're having to actually walk around the facilities to pick up behind people. The worst is the human waste.

"Where we have sites with a single toilet... the capacity is not there for the numbers," he said.

Mr Webster said while other councils preferred to educate freedom campers instead of enforcing fines, that did not work in Queenstown.

Staff had noticed an increase in camper vans - almost towards 2011 Rugby World Cup levels, he said.

Meanwhile, the Christchurch City Council has dished out 26 infringement notices this summer under a freedom camping ban.

The council set up five areas where they could camp without onboard loos, but local toilets and rubbish bins could not cope with the influx.

The 26 infringement notices issued since 1 December came with a $200 fine. Council regulatory compliance manager Tracey Weston said most infringements were paid straight away.

"The majority of visitors [are] aware of the bylaw and willing to comply with the rules," she said.