Scientists from NIWA have been mapping the seabed off Kaikōura earthquake to discover the impact of the November earthquake and get a better understanding of New Zealand's fault network. 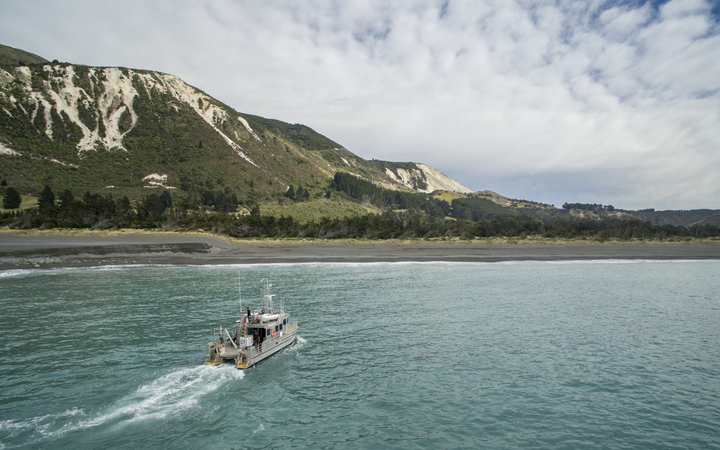 A team of scientists and technicians from NIWA have just finished a week long research trip on the vessel the Ikatere. Photo: NIWA: Dave Allen

A team of scientists and technicians from NIWA have just finished a week long research trip on the vessel the Ikatere.

NIWA Marine Geologist Joshu Mountjoy said they had used a multi-beam sonar mounted to the hull of the vessel. The sonar sent out sound pulses that bounced off the seabed to map out sea floor in high resolution.

Dr Mountjoy said one of the key objectives was to see where the faults had broken the seafloor. 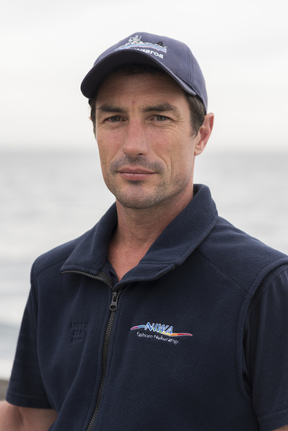 "Around the Papatea fault, the Hundelee fault, and Kekerengu faults all have broken off the coast and onto the seabed. We can map the traces of those, and they vary from 1m to up to 5m of a vertical scar running along the seabed. These are features of the earthquake which help to understand the distribution of the fault network."

Dr Mountjoy said it ould take several months to analyse the data and to put it together with the other data from onshore. That will allow them to get a better understanding of the bigger picture of the earthquake and the impact offshore, and of any potential hazard implications.

He said inital aspects of the data that were striking included the extent of the shallow submarine landslides around the Kaikōura canyon, and the deformation, or changes to the land, from the Papatea fault.

"Offshore [the Papatea fault] just turns into this huge network of fractures, and deformation and folding and things and that is pretty spectacular."

Dr Mountjoy said this was his third research trip off the Kaikoura coast in the Ikatere, and he was pleased to see the marine life was as abundant as ever.

"Its such a rich and diverse place... Everytime we have dolphins surround the boat everyday, and albatross, often krill in the water and big schools of fish, and this time we saw a whale and calf in the canyon area." 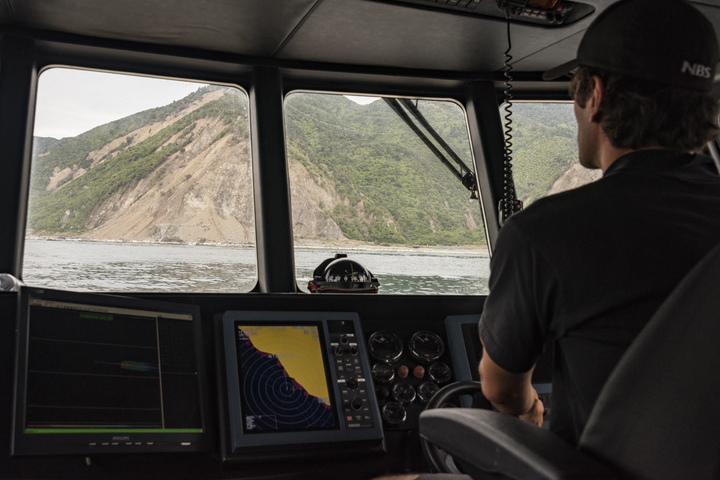 The Ikatere has a multi-beam sonar mounted to its hull. Photo: NIWA: Dave Allen