Three people have been arrested for trying to smuggle up to $5 million worth of MDMA - or ecstasy - through Auckland Airport. 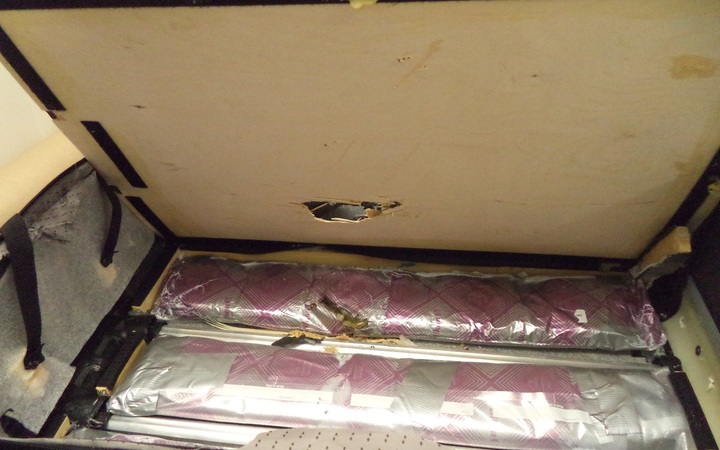 X-rays led to the discovery of the drugs, which were hidden under false bottoms in three suitcases, Customs said. Photo: Supplied / NZ Customs

Customs said the foreign nationals, who were all 24 years old, hid 12kg of the Class B drug in false-bottom suitcases. They had arrived from Singapore.

It said crime syndicates sent more drug couriers during the busy Christmas season in the hope they could hide among crowds.

"Customs carries out profiling using data and technology to identify high-risk passengers," it said in a statement.

Methamphetamine remained the main drug of choice for couriers, but the price of MDMA in New Zealand was one of the highest in the world, making the country an attractive market for criminals, the department said.

The three men were scheduled to appear in the Manukau District Court on 27 January and face up to 14 years in prison. 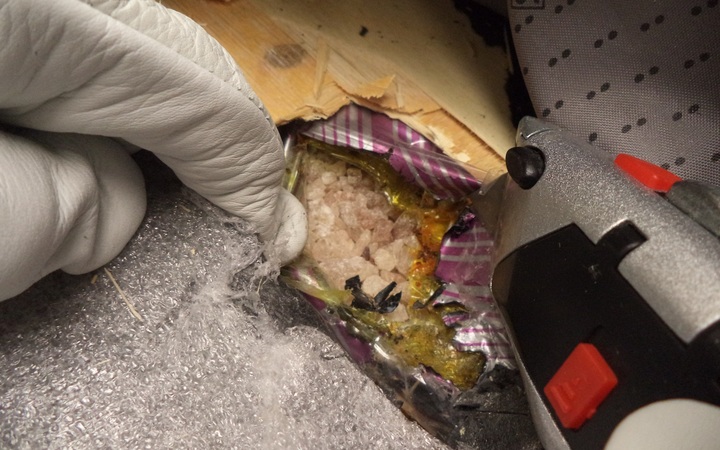 The drugs totalled 12kg, which was worth up to $5m on the street, the department said. Photo: Supplied / NZ Customs