An intellectually disabled man who has been detained for more than 10 years for trespassing and smashing windows is fighting for his release. 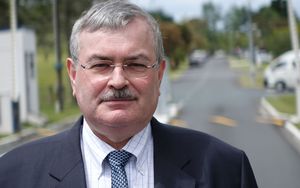 The man's lawyer, Tony Ellis, argued for a writ of habeas corpus in the High Court in Wellington today, but Justice Clark has now ruled a judicial review will take place in 11 days' time.

Mr Ellis said the 32-year-old man, whose name was suppressed, was arrested in 2006 and should have only been detained at care facilities for a few weeks.

The defendant in the case - the man's care manager - wanted to extend his detention by another three years, as it was believed he was still dangerous.

Mr Ellis said he had probably been unable to leave his current facility since September, which he said was "the equivalent of a private prison".

A judicial review would likely involve the Attorney General as a defendant.

Justice Clark earlier indicated she had "concerns" about the lawfulness of some of the man's past detention orders.