A Nelson dairy farmer whose milk vending machine was robbed says he might have found the offender via social media. 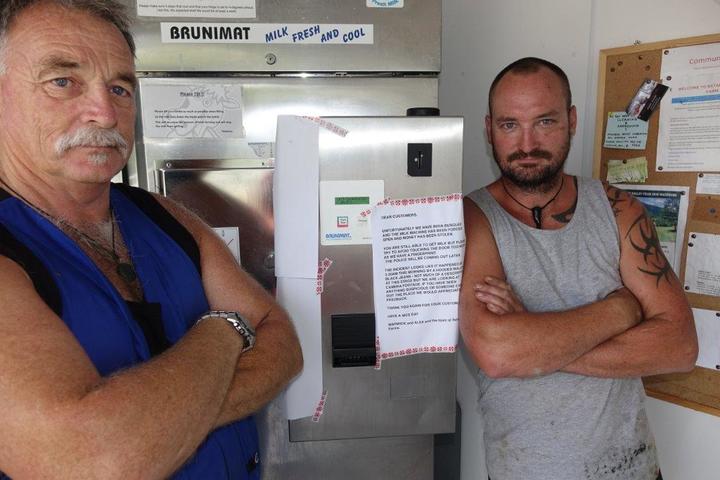 Father and son Warwick and Luke King in the shed of their north Nelson dairy farm. Photo: RNZ / Tracy Neal

Security cameras in the farm's shed recorded the theft of about $200 in the early hours of Sunday morning.

Warwick King and his son Luke have called on those responsible to own up to the theft, but no one has yet come forward

Mr King said police arrived yesterday after the theft was reported on Sunday morning, but they were unable to find prints on the vending machine.

Public help through social media had helped them track down a person they were almost certain was the offender, Mr King said.

He said they were now following up on the information and, once more was confirmed, it would be handed to the police.