Campers are being warned not to light fires in the Queenstown-Lakes District, after a big scrub fire started at a well-known illegal camping spot. 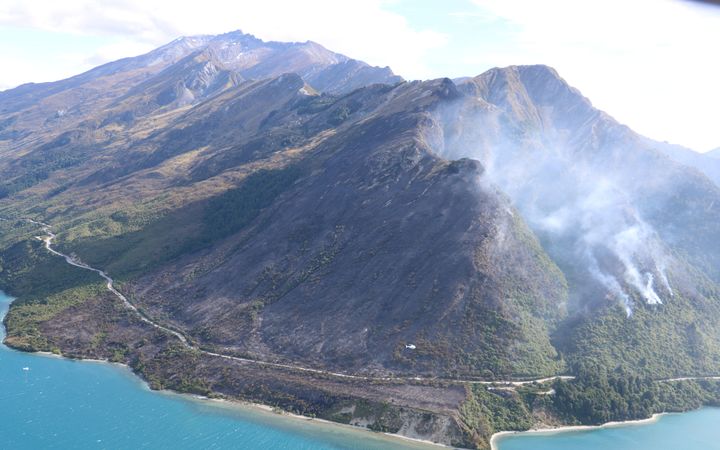 Helicopters have been used to battle the Glenorchy blaze. Photo: Supplied

The fire cut road access to Glenorchy for much of the day, incinerating more than 150 hectares of native grass and bush on steep terrain, as blustering winds approached 100 km/h.

Authorities believe it started at a campsite at Rat Point, and police have requested information about anyone who was in the area last night.

Glenorchy Road resident Mark Scaife said there had been constant problems with illegal camping and campfires at Rat Point, which was about 300m off the road.

The Department of Conservation (DOC) said there were signs at Rat Point forbidding camping and the lighting of open fires.

Otago principal rural fire officer Phil Marsh said campers could use gas cookers, but the risk was too high for camp-side fires.

"We're really starting to move into high fire danger for our fire season here. People ... need to be very mindful that we're in a restricted season going into a prohibited season, which means there'll be no fire-lighting going on at all."

Eight helicopters with monsoon buckets and 50 ground crew fought to extinguish the fire.

While the fire was contained, there were still hotspots, and ground crews would be patrolling the area overnight.

The Queenstown Lakes District Council estimated it could take fire crews three to five days to completely extinguish the fire.

The weather was set to be changeable and winds up to 25km/h were expected.

The fire destroyed about five power poles, cutting power to about 350 people in Glenorchy and surrounding areas. Residents were told they could be without power for at least another day, and possibly two days or longer.

The council would issue a further update about 8.30am Thursday. 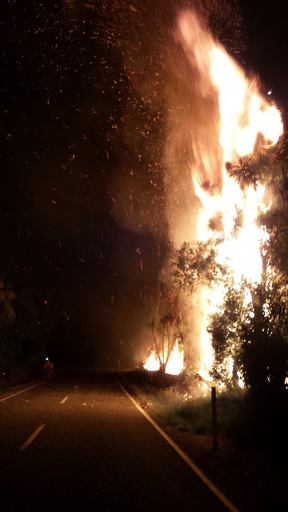 Flames from the fire reached tens of metres into the air. Photo: Queenstown Lakes District Council

High Country Horses operator Deana Insley told Summer Days her husband saw the blaze last night, and could tell it would be large.

"It's not good. We've still got people up in the valleys [who] have got no idea what is going on.

"We're scrambling around trying to find accommodation for them, or we'll extend their ride and put them back in musterers' huts tonight and hunker down."

Authorities had warned them the fire might take five days to control, but she hoped heavy rain forecast tonight might reduce that.

When Glenorchy Road is closed, the small settlement is only accessible by air or water. The road was briefly reopened at 3pm before being closed again because of a flare-up.

The council said there could be several hundred people there during the holiday season.

Bob's Cove and Closeburn Station communities, which were about 2.5km from the fire front, were alerted earlier today, but no evacuations were needed.

"We are hitting it hard with all the resources we have available because the forecast is for winds to pick up this afternoon, with no rain expected before midnight tonight," Mr Cowan said.

He estimated it could take up to five days to put the fire out.

Ms Poole said the fire had been burning both beside and above the road. Any loose debris that could come down on the road also had to be cleared, she said. 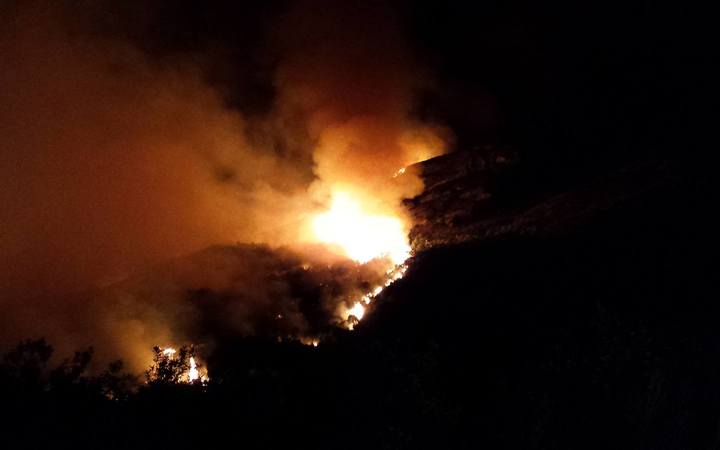 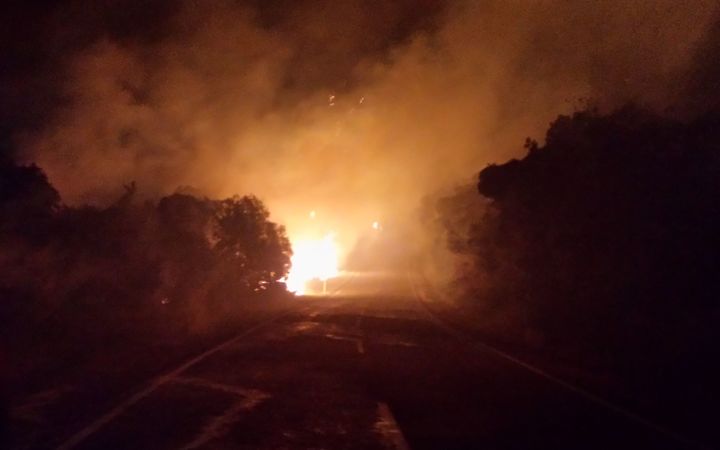 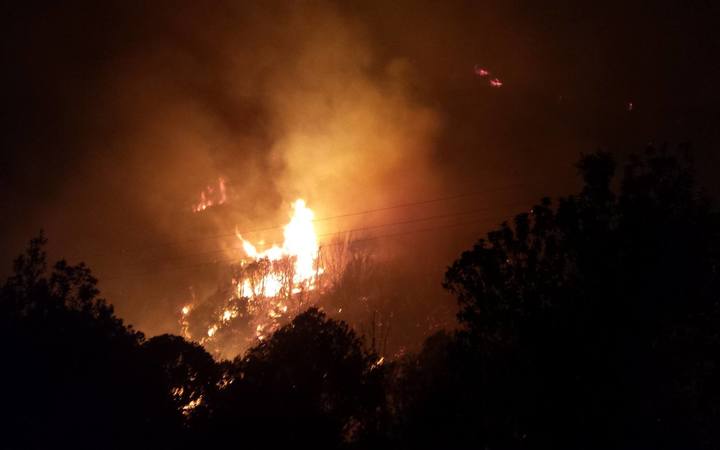