The family of a Māori woman who says she was racially abused by Sir Peter Leitch are rejecting his denial and say they want to set the record straight. 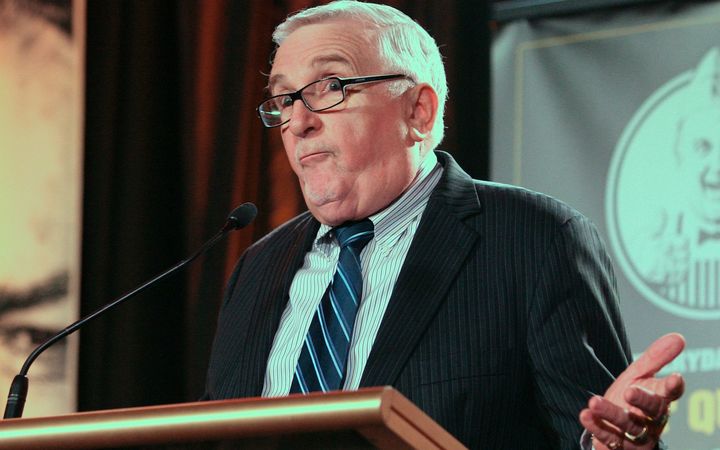 Lara Wharepapa-Bridger, 23, posted a video on social media yesterday, claiming Sir Peter told her Waiheke Island was a "white man's island" and that she should get off it.

He released a statement last night, in which he said he was "extremely disappointed that she had misinterpreted some light-hearted banter".

But Ms Wharepapa-Bridger disputed this in a Facebook post this morning, saying when somebody was "pointing at them in the face with a stern tone", she didn't take it as light banter.

Ms Wharepapa-Bridger said she was at a wine tasting with her mother and sister at Stonyridge Vineyard when they saw Sir Peter, founder of the Mad Butcher chain, at another table with his family.

They got chatting and Ms Wharepapa-Bridger said Sir Peter had warned the group not to drink and drive. He said they couldn't be local. "I go 'Yeah, I'm actually born here'.

Sir Peter said: "I was joking with her group about not drinking too much because there were lots of police on the island. She said that she was Tangata Whenua and could do what she liked, and I responded with a joke about it being a white man's island also.

"This was not a serious comment and was only ever intended to be light-hearted banter," he said.

"When she later informed me she was offended by my comment I apologised unreservedly. There is no way I can ever be accused of being racist.

"The irony is that I was with my own granddaughter, who is herself of Ngapuhi heritage," he added.

Ms Wharepapa-Bridger's video received more than 100,000 views before she removed it. She did that because "my point was made".

"I was just upset that someone whom I once looked up to had that mentality."

"People were going a bit overboard with threats and racist comments but that's not me, I don't wish any bad upon anyone and making more racist comments will make us no better," she added.

Her family were still on Waiheke Island but have told RNZ they want the opportunity to set the record straight over the incident.