A national cowboy group says they've stopped taking notice of protesters at rodeos calling for the sport to be banned. 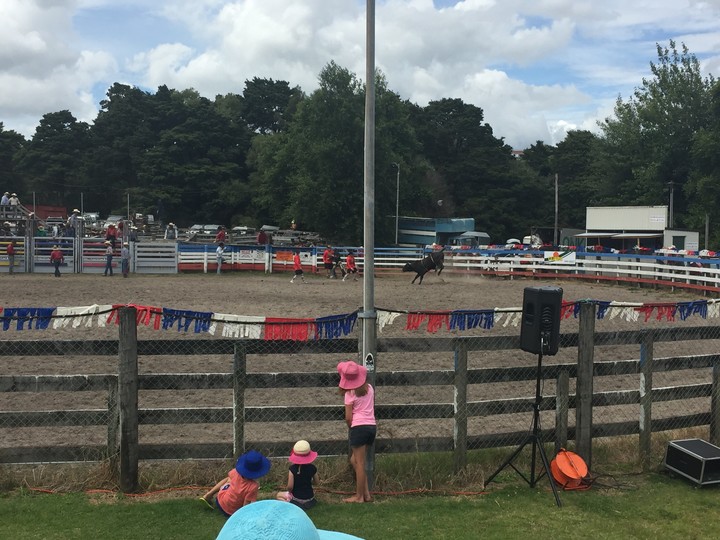 The rodeo at Warkworth. Photo: Supplied

The rodeo season got under way at Warkworth, north of Auckland, yesterday with about 50 protesters among the 4000 spectators.

Direct Animal Action spokesperson Amie Wolken argued yesterday that the events were cruel and put too much stress on the animals, but Rodeo Cowboys Association spokesperson Gary Jackson said he had heard all the protesters' arguments before.

"They're pretty irrelevant to what we do, they're entitled to their feelings, they've got a mission in life and they just see it a bit different to what we see it.

"We don't take any notice of them to tell you the truth, they're not that accurate in what they think the sport's about." 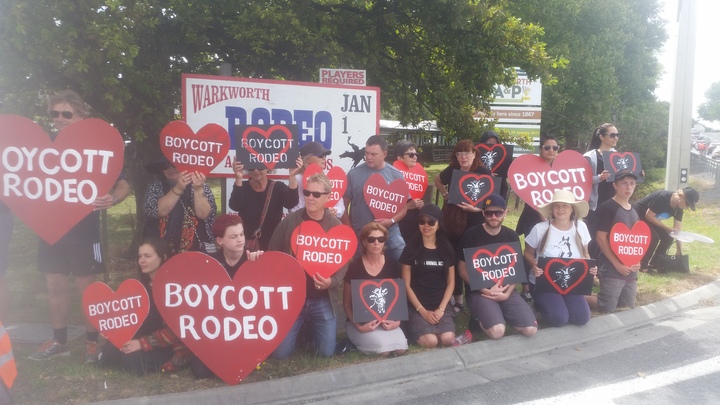 About 50 people are protesting outside the Warkwarth rodeo. Photo: RNZ / Paloma Mignone

New Zealand Veterinary Association head of veterinary services Callum Irvine said there was conflicting evidence about how much harm was being caused to animals.

Mr Irvine said the number of animals injured in rodeos was relatively low, but that there had been a change in people's expectations around animal treatment and whether they should be used for entertainment.

Mr Irvine said there needed to be more research into the impact rodeos had on animals' mental and physical well-being.

"We're a science-based profession and we want to look at the evidence and unfortunately at this stage, there's really quite conflicting evidence," he said.

A petition to put an end to New Zealand rodeos, with more than 60,000 signatures, was delivered to Parliament in March last year.

However, it was shot down by the primary production committee, which concluded there were enough safeguards in place.