Two truck crashes caused delays getting in and out of Auckland Airport along State Highway 20 this afternoon but heavy traffic has since cleared. 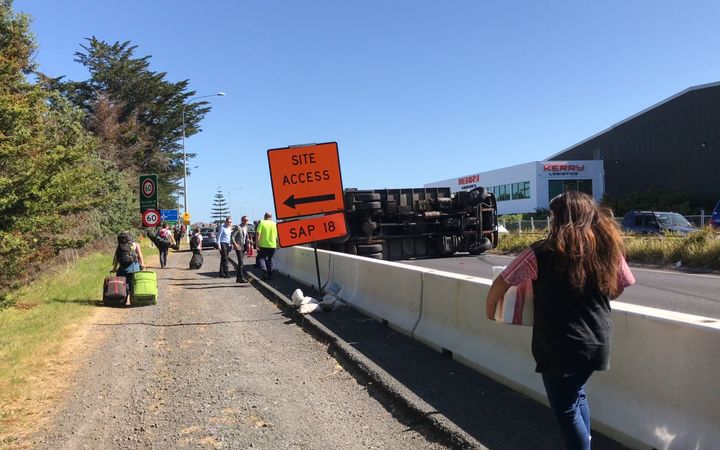 The second truck can be seen on its side, and people can be seen out of their cars wheeling suitcases towards Auckland Airport. Photo: RNZ / Jeremy Brick

The first truck, carrying a large amount of gravel, rolled on the southbound near the Portage Rd overbridge about 4.20pm.

The second truck crashed in the southbound lane just before 5pm on George Bolt Memorial Drive.

People could be seen at the scene wheeling suitcases on foot towards the airport.