A new campaign is under way to combat the heavy wasp population in Nelson-Tasman. 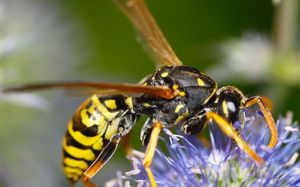 Victoria University insect ecologist Phil Lester said the region, home to honeydew beech forests, has one of the greatest wasp densities in the world, with up to 40 nests per hectare.

A community-led project, which started this week, has been encouraging locals to sign up to put down bait stations containing a wasp poison, Vespex.

Professor Lester said he hoped it would make a dent in the wasp population.

"We know whenever we knock down predator numbers, the native biodiversity flourishes," he said.

"So there'll be a huge number of native insects, some native birds and all those sorts of things, as well as people, that will benefit hugely from this, from having an area-wide knockdown of wasps."

The project is a partnership between local councils, environmental groups and the Nelson Mail.