A man sought over a home invasion in Christchurch, in which a couple were tied up for three hours, might be armed. 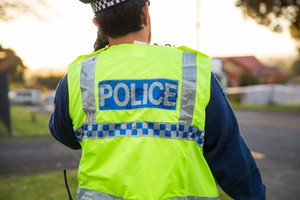 Police said a Caucasian man, aged between 30 and 40, entered the couple's Harewood home by pretending to be a delivery man about 7am today.

He tied them up and left in their blue Toyota Vitz just over three hours later.

The couple then called their son, who called the police.

The police said the husband and wife were understandably shaken but otherwise uninjured and were receiving support.

They were still looking for the intruder and the couple's car. They said anyone with information should contact them, and the man was possibly armed and should not be approached.

He was described as being of solid build, and about 1.8m tall.

The registration number of the couple's car is HFD599.