St John ambulance officers have had enough of abuse at callouts and will no longer treat people if it's dangerous, they say. 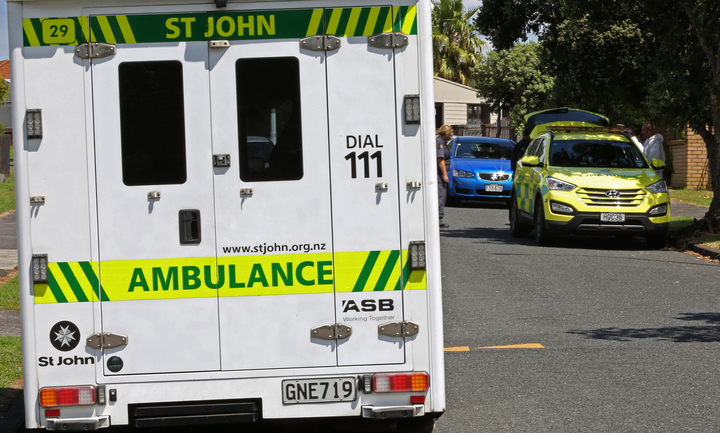 Ten ambulance officers a month are being taken to hospital themselves after being assaulted and some officers have left the job due to the amount of verbal or physical abuse they've suffered.

St Johns said in the past year, its crews had been abused nearly 3000 times.

Two-thirds of those cases were verbal, while 30 percent involved some form of physical and verbal abuse.

Of the 65 physical assaults reported each month, up to 10 were 'very serious' and required the hospital or on-going treatment.

In one case an officer was punched, shoved and locked into a room at a rural property and had to escape out a window.

In another, a paramedic had a knife held to him and he was told if the seriously ill patient died, so would he.

Paramedic Roger Blume said staff had been threatened, and wanted out.

"We have staff who have spent three years at university, got an undergraduate degree in paramedicine, had a passion to do this and they as a result of the trauma; the emotional, psychological and physical trauma from assaults, have left the job."

He said they were increasingly cautious when entering a scene, and were waiting for police backup if there was a threat.

"So this can cause a delay to provide clinical care and in the sickest of our patients this could compromise the outcome or even cost them their life as a result sometimes of their family member's or friend's behaviours.

He had to get out of an ambulance earlier this year after being attacked by a patient high on methamphetamine.

Half of the abuse incidents involved alcohol or recreational drug abuse.

Mr Quin said the abuse was something staff have almost had to get used to it.

"I don't think anyone's desensitized to physical abuse but certainly the verbal side of it, to walk into a house and have demands placed on you and be sworn at told in a degree that's not acceptable, certainly staff have for a while accepted it.

"It's about recognising that there's ... drawing a line in the sand and saying we don't have to put up with this and certainly we don't have to be here if you're going to continue with that behaviour."

But he said often the process of pressing charges was threatening.

St John chief executive Peter Bradley said they would be supporting staff to push prosecutions and helping bring it to court.

In 2012 the government changed the Sentencing Act so assaults on emergency service staff were counted as aggravating factors, allowing judges to treat them more harshly.

Mr Bradley said 90 percent of people were fine, and it was a small group letting things down.

He said St John was looking at new training and security measures for staff but the public needed to do its part, particularly leading into the holiday season.

In some states in Australia, there are specific laws that apply to the assault of paramedics and other emergency workers, with those who do so in Queensland facing up to 14 years in prison.

Associate Health Minister Peter Dunne said he was horrified about the level of violence shown towards ambulance workers.

He said the government may have to consider laws similar to those in Australia here, if the situation got any worse.

"If the level of violence and risk that's been reported and identified by this particular survey continues, then I think it is something that we would have to look into, particularly for our emergency workers, our doctors or nurses, fire-fighters, ambulance, police, etc.

"Ambulance staff arrive at a scene to provide care, so it is distressing that they become a target for violence and abuse."